Review by AllTheBestFights.com: 2022-10-01, pretty good finish but it is not enough to get three stars: the mma bout Krzysztof Jotko vs Brendan Allen gets two stars (UFC Performance of the Night – take a look at our ranking of the Best Mma Fights of 2022).
Allen vs Jotko is scheduled to take place Saturday, October 1st, at the UFC Apex in Las Vegas (Nevada, USA), in a 3-round middleweight (185 lbs, 84 kg) bout; undercard of Mackenzie Dern vs Xiaonan Yan – UFC Vegas 61 (also known as UFC Fight Night 211 or UFC on ESPN+ 69). Watch the video and rate this fight! 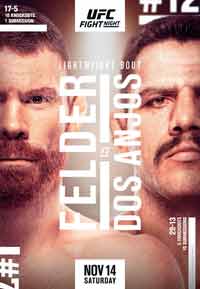 Review by AllTheBestFights.com: 2020-11-14, pretty good finish between Brendan Allen and Sean Strickland but it is not enough to get three stars: it gets two (UFC Performance of the Night).
The black belt in Brazilian jiu-jitsu Brendan Allen entered this fight with a pro record of 15-3-0 (87% finishing rate) and he is ranked as the No.26 middleweight in the world. He was defeated by Anthony Hernandez in 2018 but then he has won seven bouts beating Tom Breese and Kyle Daukaus in 2020.
His opponent, Sean Strickland, has an official mma record of 21-3-0 (62% finishing rate) and he entered as the No.41 in the same weight class. He also suffered his last loss in 2018, against Elizeu Zaleski dos Santos, but then he has defeated Nordine Taleb and Jack Marshman. Strickland vs Allen is on the undercard of Paul Felder vs Rafael dos Anjos – UFC Fight Night 183 (also known as UFC on ESPN+ 41 or UFC Vegas 14). Watch the video and rate this fight!
FOLLOW US ON