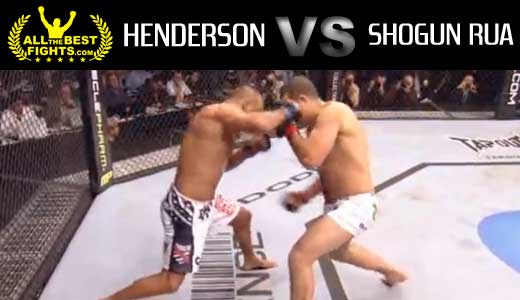 Review: 2011-11-19, amazing and tough fight, great strikes, excellent grappling techniques, high pace: this is what we want, this is mma and this is a Fight of the Year. Congratulations to Shogun and Hendo, two real warriors (awarded with “Fight of the Night” honors). Mauricio “Shogun” Rua (20-5-0) entered as the No.2 light heavyweight in the world while Dan Henderson (28-8-0) entered as the No.6. “Shogun” Rua vs Henderson was the main event of the UFC 139; they also faced each other a second time on March 23, 2014 (=Mauricio “Shogun” Rua vs Dan Henderson 2). Watch the video!