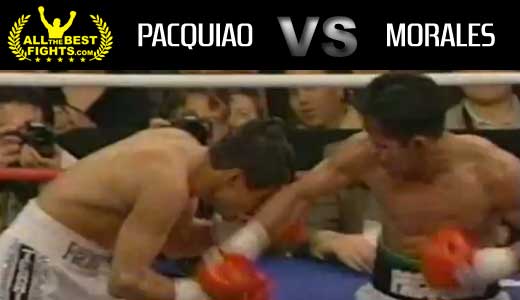 Review: 2006-01-21, Pacquiao, after the defeat against Morales (one of the best fights of 2005), won the vacant WBC International super featherweight title against Hector Velazquez and decided to fight for the second time versus “El Terrible”. This second match between Manny Pacquiao and Erik Morales could win the title fight of the year of 2006 since it was a real battle. Pacquiao vs Morales 2 was valid for the WBC International super featherweight title. Watch the video!