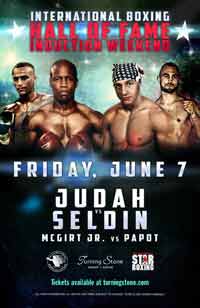 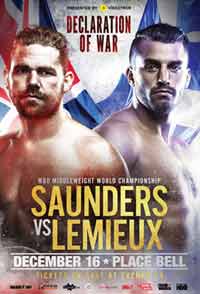 Review by AllTheBestFights.com: 2017-12-16, some good single shots between Cletus Seldin and Yves Ulysse Jr but it is not enough to get three stars: it gets two.

The undefeated Cletus Seldin entered this fight with a perfect boxing record of 21-0-0 (17 KOs=77%) and he is ranked as the No.22 super lightweight in the world. He has already fought twice in 2017 beating Renald Garrido and Roberto Ortiz.
His opponent, Yves Ulysse Jr, has an official record of 14-1-0 (9 knockouts) and he entered as the No.27 in the same weight class but he comes off his first loss, suffered against Steve Claggett (controversial decision, Ulysse vs Claggett); before this bout, in 2017, he had beat Jose Emilio Perea, Zachary Ochoa and Ricky Sismundo (=Ulysse vs Sismundo). Ulysse vs Seldin is on the undercard of Billy Joe Saunders vs David Lemieux. Watch the video and rate this fight!