Review by AllTheBestFights.com: 2015-01-17, fight not particularly exciting between Daiki Kaneko and Jomthong Chuwattana: it gets two stars.

Daiki Kaneko entered this fight with a boxing record of 21-3-3 (14 knockouts) and he is ranked as the No.15 super featherweight in the world; he suffered his last defeat at the end of 2013 when he faced Takashi Uchiyama in a bout valid for the WBA title (=Uchiyama vs Kaneko), after this bout he has won two fights, the last one against Cirilo Espino.
His opponent, the undefeated Jomthong Chuwattana (or Chuwatana), has a perfect record of 8-0-0 (4 knockouts) and he entered as the No.23 in the same weight class; he is better known for his muay thai career since he was the Rajadamnern Stadium champion in three different weight classes and he has an outstanding kickboxing record of 189-36-4! Kaneko vs Chuwatana is valid for the OPBF super featherweight title (Chuwatana’s fourth defense). Watch the video and rate this fight! 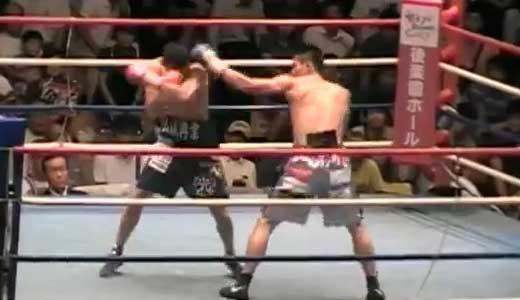 Review by AllTheBestFights.com: 2015-08-21, very close and exciting bout thanks to an outstanding performance by both boxers that exchanged shot for shot in one of the best boxing fights of the year: Daiki Kaneko vs Masao Nakamura gets four stars!

Daiki Kaneko entered this fight with a profesional boxing record of 21-4-3 (14 knockouts) and he is ranked as the No.18 super featherweight in the world but he comes off the loss against Jomthong Chuwattana (=Kaneko vs Chuwattana).
His opponent, Masao Nakamura, has an official record of 19-3-0 (19 KOs=100%) and he entered as the No.95 in the same weight class. He suffered two consecutive defeats last year, against Masayuki Ito and Rey Labao, but he comes back to win in 2015 beating Patomsak Sithsaithong. Kaneko vs Nakamura is the main event of the evening. Watch the video and rate this fight! 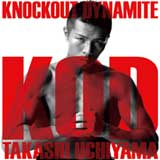 Review: 2013-12-31, nice exchanges in the last part of the fight but the bout between Takashi Uchiyama and Daiki Kaneko was not so exciting, it gets two star. The undefeated Takashi Uchiyama (20-0-1, 17 KOs=85%) entered as the No.2 super featherweight in the world while Daiki Kaneko (19-2-3, 12 KOs) entered as the No.5 (currently the #1 in this weight division is Mikey Garcia). Uchiyama vs Kaneko is valid for the WBA World super featherweight title. Watch the video!