Review by AllTheBestFights.com: 2022-06-04, pretty good mma fight: Karolina Kowalkiewicz vs Felice Herrig 2 gets three stars (take a look at our ranking of the Best Mma Fights of 2022).
Herrig vs Kowalkiewicz 2 is on the undercard of Alexander Volkov vs Jairzinho Rozenstruik – UFC Vegas 56 (also known as UFC Fight Night 207 or UFC on ESPN+ 65). Watch the video and rate this fight! 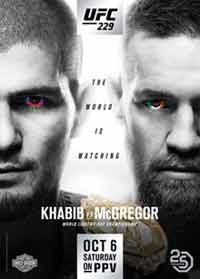 Review by AllTheBestFights.com: 2018-10-06, fight not particularly good between Felice Herrig and Michelle Waterson: it gets two stars.

Felice Herrig entered this fight with a professional record of 14-7-0 (36% finishing rate) and she is ranked as the No.12 women’s strawweight in the world but she comes off the loss against Karolina Kowalkiewicz. Before this bout, in 2017, she had beat Alexa Grasso (Alexa Grasso vs Felice Herrig), Justine Kish and Cortney Casey.
Her opponent, the black belt in American freestyle karate and former Invicta Fc atomweight champion Michelle Waterson, has a mma record of 15-6-0 (80% finishing rate) and she entered as the No.20 in the same weight class but she lost two out of his last three fights, against Rose Namajunas (Rose Namajunas vs Michelle Waterson) and Tecia Torres; after this bout she has beat Cortney Casey. Herrig vs Waterson is on the undercard of Khabib Nurmagomedov vs Conor McGregor – UFC 229. Watch the video and rate this fight! 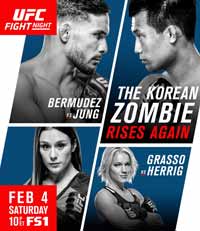 Review by AllTheBestFights.com: 2017-02-04, fight not particularly good between Alexa Grasso and Felice Herrig: it gets two stars.

The undefeated Alexa Grasso entered this fight with a perfect mma record of 9-0-0 (44% ko/tko victory rate – she has never won via submission) and she is ranked as the No.14 women’s stawweight in the world. She fought twice last year winning over Jodie Esquibel and Heather Jo Clark.
Her opponent, Felice Herrig, has a record of 11-6-0 (45% finishing rate) and she entered as the No.31 in the same weight class. She lost to Paige VanZant in 2015 (=Herrig vs VanZant) but she came back to win in 2016 beating Kailin Curran. Alexa Grasso vs Felice Herrig is on the undercard of Dennis Bermudez vs Chan Sung Jung – UFC Fight Night 104. Watch the video and rate this fight!

Review by AllTheBestFights.com: 2015-04-18, great performance by both fighters: Felice Herrig vs Paige VanZant gets three stars and should have been awarded as the Fight of the Night and not Corey Anderson vs Gian Villante (the one awarded by the Ufc).

Felice Herrig entered this fight with a pro mma record of 10-5-0 (40% finishing rate) and she is ranked as the No.20 women’s stawweight in the world while her opponent, Paige VanZant, has an official record of 4-1-0 (50% finishing rate). Both fighters lost to Tecia Torres in 2013 (=Herrig vs Torres); after losing Herrig has won one bout, against Lisa Ellis while VanZant has won twice, with Courtney Himes and Kailin Curran. Herrig vs VanZant is on the undercard of Lyoto Machida vs Luke Rockhold – UFC on Fox 15. Watch the video and rate this fight!

Review: 2012-12-14, fight not particularly exciting between Felice Herrig and Patricia Vidonic: two stars. Felice Herrig (7-4-0) entered as the No.8 strawweight in the world while Patricia Vidonic (7-3-0) entered as the No.12. In their first fight (April 13, 2012) Herrig defeated Vidonic by unanimous decision; Herrig vs Vidonic 2 is on the undercard of Richard Hale vs Alexander Volkov – Bellator 84. Watch the video!