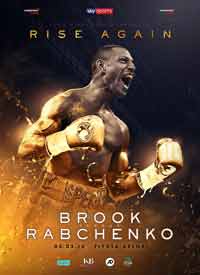 Review by AllTheBestFights.com: 2018-03-03, fight not so exciting between Gamal Yafai and Gavin McDonnell: it gets two stars.

The undefeated Gamal Yafai entered this fight with a perfect boxing record of 14-0-0 (7 knockouts) and he is ranked as the No.32 super bantamweight in the world. In his last three bouts he has defeated Sean Davis, Ricky Starkey and Jose Hernandez.
His opponent, Gavin McDonnell, has a record of 18-1-2 (5 knockouts) and he entered as the No.23 in the same weight class. He fought three times last year losing to Rey Vargas (Rey Vargas vs Gavin McDonnell) but then he beat Simas Volosinas and Jozsef Ajtai. Yafai vs McDonnell is valid for the WBC International super bantamweight title; undercard of Kell Brook vs Sergey Rabchenko. Watch the video and rate this fight!