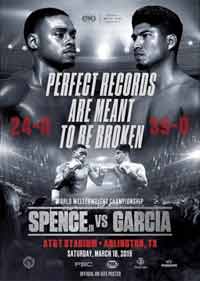 Review by AllTheBestFights.com: 2019-03-16, pretty good fight between David Benavidez and J’Leon Love: it gets three stars. 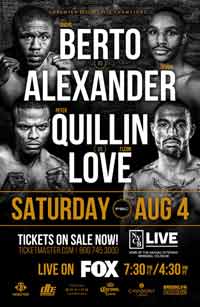 Review by AllTheBestFights.com: 2018-08-04, boring fight between Peter Quillin and J’Leon Love: it gets one stars!

The former Wbo Mw champion Peter Quillin entered this fight with a pro record of 33-1-1 (23 knockouts) and he is ranked as the No.29 super middleweight in the world. He lost to Daniel Jacobs in 2015 (Daniel Jacobs vs Peter Quillin) but he came back to win in 2017 with Dashon Johnson.
His opponent, J’Leon Love, has an official boxing record of 24-1-1 (13 knockouts) and he entered as the No.31 in the same weight class. He suffered his only loss when he faced Rogelio Medina in 2014 (J’Leon Love vs Rogelio Medina) since then he has collected six victories and one draw (with Abraham Han in 2017). Quillin vs Love is on the undercard of Andre Berto vs Devon Alexander. Watch the video and rate this fight!

Review: 2014-08-30, pretty good fight between J’Leon Love and Rogelio Medina: it gets three stars. The undefeated J’Leon Love entered this fight with a perfect boxing record of 18-0-0 (10 knockouts) and he is ranked as the No.11 super middleweight in the world, he has already fought twice in 2014 beating Vladine Biosse and Marco Antonio Periban.
His opponent, Rogelio Medina, has a record of 32-6-0 (26 KOs=81%) and he entered as the No.77 middleweight but he won just two out of his last six fights. Love vs Medina is the main event of the evening. Watch the video and rate this fight!