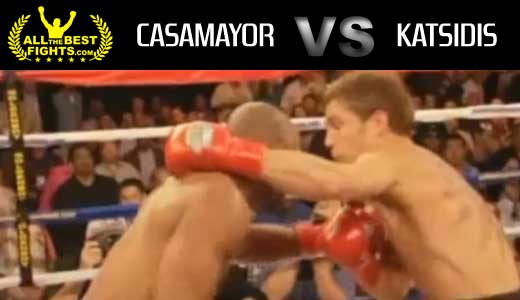 Review: 2008-03-22, the fight between Joel Casamayor (35-3-1) and Michael Katsidis (23-0-0) was, for us, the fight of the year of 2008. Katsidis, after winning the interim WBO lightweight title in 2007 against Graham Earl (one of the best boxing fights of 2007), defended his belt against Casamayor, who had 37 years old (nine years older than Australian boxer). Katsidis knocked down Casamyor in the sixth round but the Cuban knocked down “The Great” both in the first and in the tenth rounds when the referee stopped the fight (first defeat for Katsidis). Watch the video!