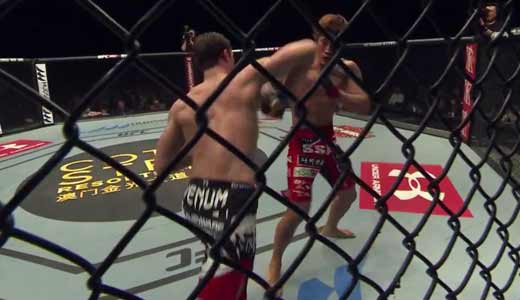 Review: 2014-03-01, aggressive start, good pace, tough exchanges and a spectacular finish: Dong Hyun Kim vs John Hathaway is one of the best mma fights of 2014 (UFC Performance of the Night). Dong Hyun Kim entered this fight with a professional mma record of 18-2-1 (45% finishing rate) and he is ranked as the No.11 welterweight in the world, he is a 4th dan black belt in judo and he comes off three consecutive wins.
His opponent, John Hathaway, has an official record of 17-1-0 (53% finishing rate) but he is not ranked as he hasn’t fought since September 29, 2012 when he defeated John Maguire (=Hathaway vs Maguire). Kim vs Hathaway is the main event of UFC Fight Night 37 – Ufn (also known as The Ultimate Fighter: China Finale). Watch the video and rate this fight! 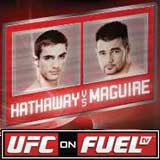