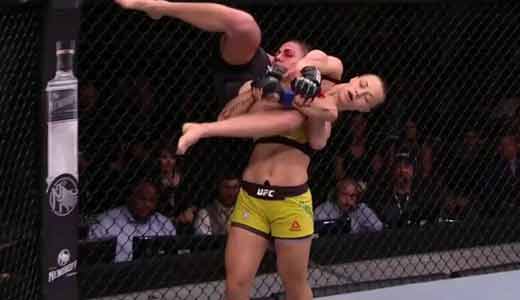 Review by AllTheBestFights.com: 2019-05-11, great performance by both fighters plus a spectacular finish: Rose Namajunas vs Jessica Andrade is one of the best mma fights of the year 2019 and it gets four stars (UFC Fight of the Night, UFC Performance of the Night).