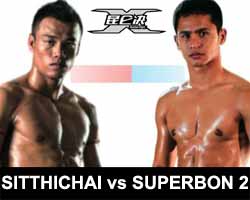 The Glory Lw and former Lumpinee Ww champion Sitthichai Sitsongpeenong entered this fight with a pro kickboxing record of 112-29-5 (30 knockouts) and he is ranked as the No.1 super welterweight in the world. He lost to Robin van Roosmalen last year (Roosmalen vs Sitthichai I) but then he has collected nine consecutive victories taking revenge on Roosmalen in June (=Roosmalen vs Sitthichai 2) and beating Diogo Neves in his last bout.
His opponent, Superbon Banchamek, has a record of 91-31-0 and he entered as the No.6 in the same weight class. He has already fought eight times in 2016 losing to Sitthichai in January but then he has won over Andrei Kulebin, Sean Kearney and Khayal Dzhaniev in his last three fights. Sitthichai vs Superbon 2 is the quarterfinal of the Kunlun Fight 2016 70 kg tournament; undercard of Buakaw Banchamek vs Dylan Salvador – Kunlun Fight 53. Watch the video and rate this fight!

END_OF_DOCUMENT_TOKEN_TO_BE_REPLACED 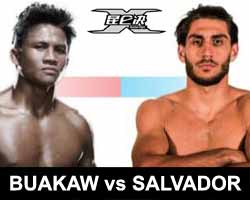