Review: 2014-04-19, disappointing fight between Peter Quillin and Lukas Konecny: it gets two stars. The undefeated Peter Quillin entered this fight with a perfect record of 30-0-0 (22 knockouts) and he is ranked as the No.4 middleweight in the world, he fought twice in 2013 defeating Fernando Guerrero (=Quillin vs Guerrero) and Gabriel Rosado (=Quillin vs Rosado), in both fights he successfully defended his Wbo Mw title.
His opponent, Lukas Konecny, has a record of 50-4-0 (23 knockouts) and he entered as the No.14 in the same weight class (currently the #1 in this division is Sergio ‘Maravilla’ Martinez), he had also a very good amateur career winning 250 fights (25 losses) and two bronze medal at World amateur championships in 1997 and 1999. He suffered his last defeat in 2012 when he faced Zaurbek Baysangurov in a fight valid for the WBO light middleweight title (=Baysangurov vs Konecny), after that bout he moved up in weight class to the Mw division winning the WBO European belt against Karim Achour (=Konecny vs Achour) and successfully defended the title against Moez Fhima. Quillin vs Konecny is valid for the WBO middleweight title (Quillin’s third defense); undercard of Bernard Hopkins vs Beibut Shumenov. Watch the video and rate this fight!

Review: 2013-03-23, pretty boring fight between Konecny and Achour: it gets two stars. Lukas Konecny (48-4-0) entered as the No.24 middleweight in the world while Karim Achour (14-3-2) entered as the No.55. Konecny vs Achour is valid for the vacant WBO European middleweight title; undercard of Arthur Abraham vs Robert Stieglitz 2. Watch the video! 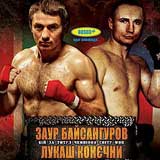 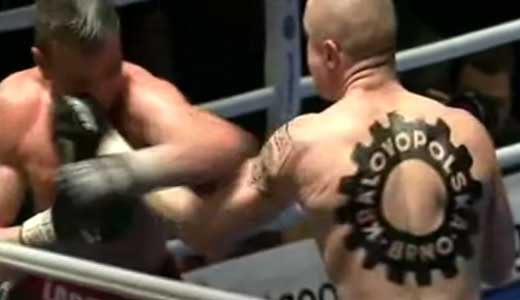 Review: 2012-04-05, Konecny begins the fight keeping the center of the ring and dictating the pace but from the third round (candidate for “Round of the Year”), thanks to a great reaction of Larbi, the fight becomes really tough and exciting: four stars. Lukas Konecny ranked as the No.13 light middleweight in the world, entered the fight with a record of 47-3-0 while Salim Larbi had a record of 17-1-1. Konecny vs Larbi is valid for the interim WBO light middleweight title. Watch the video!