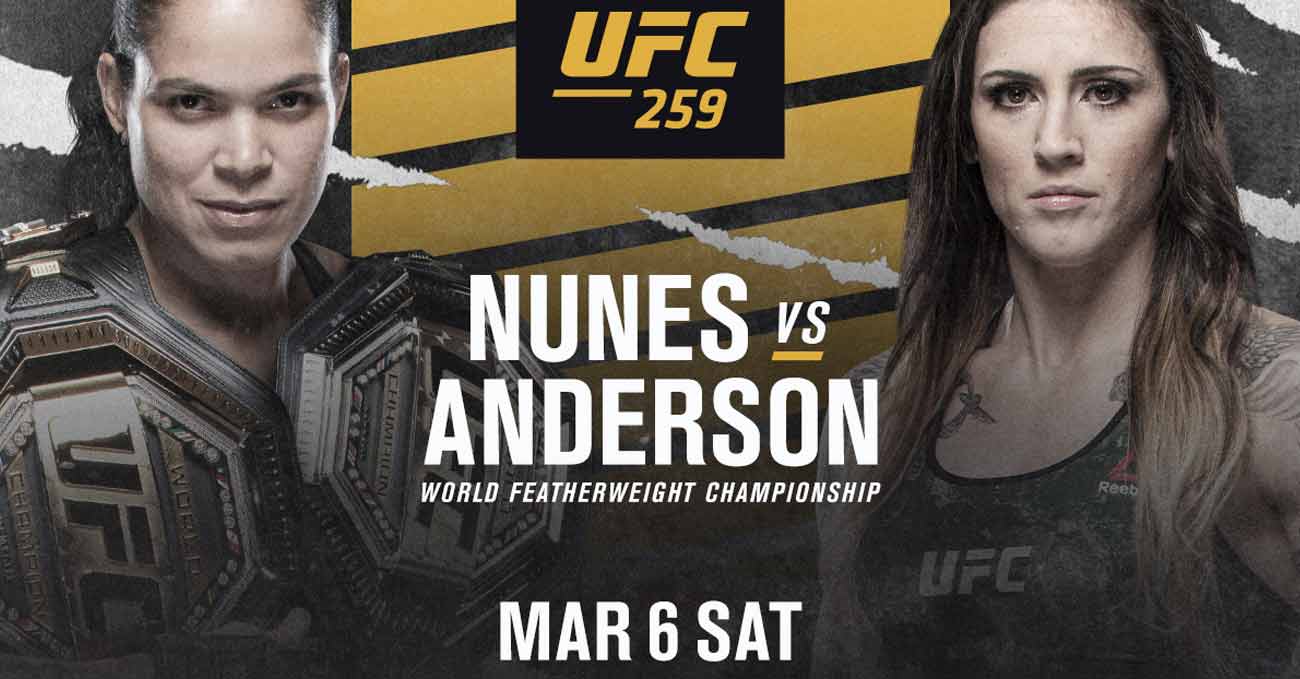 Review by AllTheBestFights.com: 2021-03-06, heavy exchanges and nice finish: mma fight Amanda Nunes vs Megan Anderson gets three stars.
Anderson vs Nunes is valid for the UFC women’s featherweight title and it is on the undercard of Jan Blachowicz vs Israel Adesanya – UFC 259. Watch the video and rate this fight! 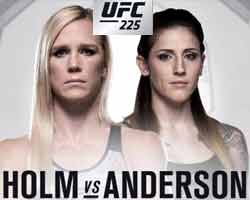 Review by AllTheBestFights.com: 2018-06-09, fight not so exciting between Holly Holm and Megan Anderson: it gets two stars.

The former Ufc and Wbc, Wba, Wbf, Iba boxing champion Holly Holm entered this fight with a mma record of 11-4-0 (73% ko/tko victory rate – she has never won via submission) and she is ranked as the No.3 women’s featherweight in the world but she lost four out of his last five bouts, twice in 2017, against Germaine de Randamie (Holm vs Randamie) and Cris Cyborg Justino (Cris Cyborg Justino vs Holly Holm); between these two fights the Preacher’s Daughter Holm beat Bethe Correia (Holm vs Correia).
Her opponent, Megan Anderson, has an official record of 8-2-0 (75% finishing rate) but she is not ranked as she hasn’t fought since January 14, 2017 when she defeated Charmaine Tweet (Megan Anderson vs Charmaine Tweet). The last time she lost was against Cindy Dandois in 2015, after this bout Megan has won four consecutive fights. Holm vs Anderson is on the undercard of Robert Whittaker vs Yoel Romero 2 – UFC 225. Watch the video and rate this fight! 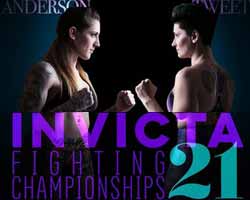 Review by AllTheBestFights.com: 2017-01-14, pretty good fight between Charmaine Tweet and Megan Anderson: it gets three stars.

Megan Anderson entered this fight with a pro record of 7-2-0 (71% finishing rate) and she is ranked as the No.6 women’s featherweight in the world. She suffered her last loss when she faced Cindy Dandois in 2015, after this bout she has won three fights beating Peggy Morgan in her last one.
Her opponent, Charmaine Tweet, has an official mma record of 9-5-0 (89% finishing rate) and she entered as the No.4 in the same weight class. She also lost in 2015, against Cristiane ‘Cyborg’ Justino (=Cris Cyborg vs Tweet), but then she has won three times beating Latoya Walker in her last one (4-stars fight, Tweet vs Walker). Megan Anderson vs Charmaine Tweet, main event of Invicta FC 21, is valid for the interim Invicta FC featherweight title. Watch the video and rate this fight!