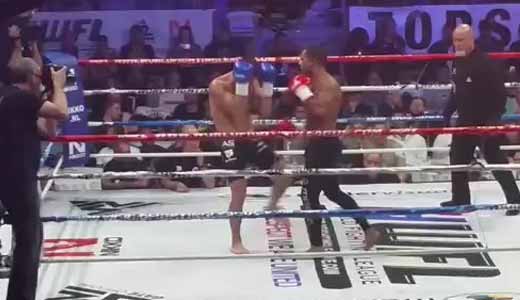 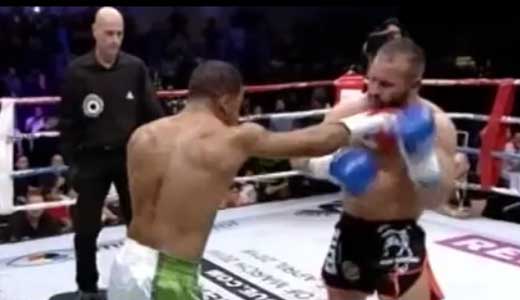 Review: 2014-04-05, nice and tough fight between Mohamed Khamal and Sitthichai Sitsongpeenong: it gets three stars (best bout of Legend 3). Mohamed Khamal entered this fight with a pro kickboxing record of 43-5-3 (9 knockouts) but he is not ranked as he hasn’t fought since May 27, 2012 when he defeated Saiyok Pumpanmuang, after that bout Khamal announced his retirement but he was just 21 years old!
His opponent, Sitthichai Sitsongpeenong, has an official record of 87-27-5 (33 knockouts) and he entered as the No.4 welterweight in the world, last year he fought 13 times losing only to Enriko Gogokhia (via split decision, Sitthichai vs Gogokhia); in 2014 he has already fought and won two times. Khamal vs Sitthichai is on the undercard of Dzhabar Askerov vs Murthel Groenhart – LEGEND 3. Watch the video and rate this fight!

Review: 2011-05-21, thanks to the the good pace and action, the match between Mohamed Khamal and Robin van Roosmalen was the best fight of It’s Showtime 49. Khamal won van Roosmalen by decision. Watch the video!