Review by AllTheBestFights.com: 2022-07-16, the mma bout Muslim Salikhov vs Jingliang Li gets three stars thanks to a good finish (UFC Performance of the Night – take a look at our ranking of the Best Mma Fights of 2022).
Jingliang vs Salikhov is scheduled to take place Saturday, July 16th, 2022 at the UBS Arena in New York (United States), in a 3-round welterweight (170 lbs, 77 kg) bout; undercard of Brian Ortega vs Yair Rodriguez – UFC on ABC 3 (also known as UFC Fight Night Long Island or UFC Long Island). Watch the video and rate this fight!

Review by AllTheBestFights.com: 2017-11-25, fight not particularly good between Alex Garcia and Muslim Salikhov: it gets two stars.

Alex Garcia entered this fight with a pro mma record of 14-4-0 (79% finishing rate) and he is ranked as the No.85 welterweight in the world but he lost three out of his last five bouts, the last one with Tim Means (=Means vs Garcia).
His opponent, the multiple Wushu Sanda world champion Muslim Salikhov, has an official mma record of 13-1-0 (92% finishing rate) and he entered as the No.95 in the same weight class. He suffered his only loss when he faced Kris Hocum in 2012, since then he has collected eleven consecutive fights defeating Melvin Guillard in 2017 (4-stars fight, Guillard vs Salikhov). Garcia vs Salikhov is on the undercard of Michael Bisping vs Kelvin Gastelum – UFC Fight Night 122. Watch the video and rate this fight! 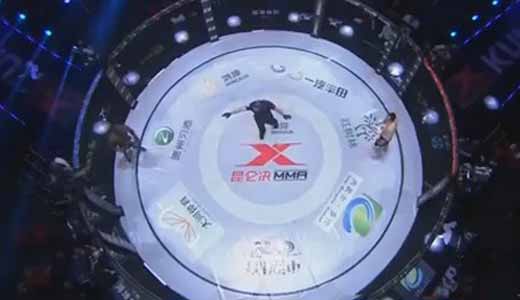 Review by AllTheBestFights.com: 2017-06-01, spectacular finish between Melvin Guillard and Muslim Salikhov: this is one of the best mma fights of 2017 and it gets four stars!

Melvin Guillard entered this fight with a professional mma record of 32-17-2 (72% finishing rate) but he lost four out of his last five bouts, the last one with Chidi Njokuani (=Guillard vs Njokuani). His only victory in his last five bouts was against David Rickels but the result was overturned in a no-contest after Melvin tested positive for a banned substance (=Rickels vs Guillard).
His opponent, the five time World Wushu Sanda champion Muslim Salikhov, has an official record of 12-1-0 (92% finishing rate) and he has also an impressive kickboxing record of 185-8-1 (76 knockouts). He suffered his only loss when he faced Kris Hocum in 2012, since then he has collected ten consecutive victories beating Akoundou Epelet Evy Johannes in his last one. Muslim Salikhov vs Melvin Guillard is on the undercard of Sai Wang vs Artem Shokalo – Kunlun Fight MMA 12. Watch the video and rate this fight!