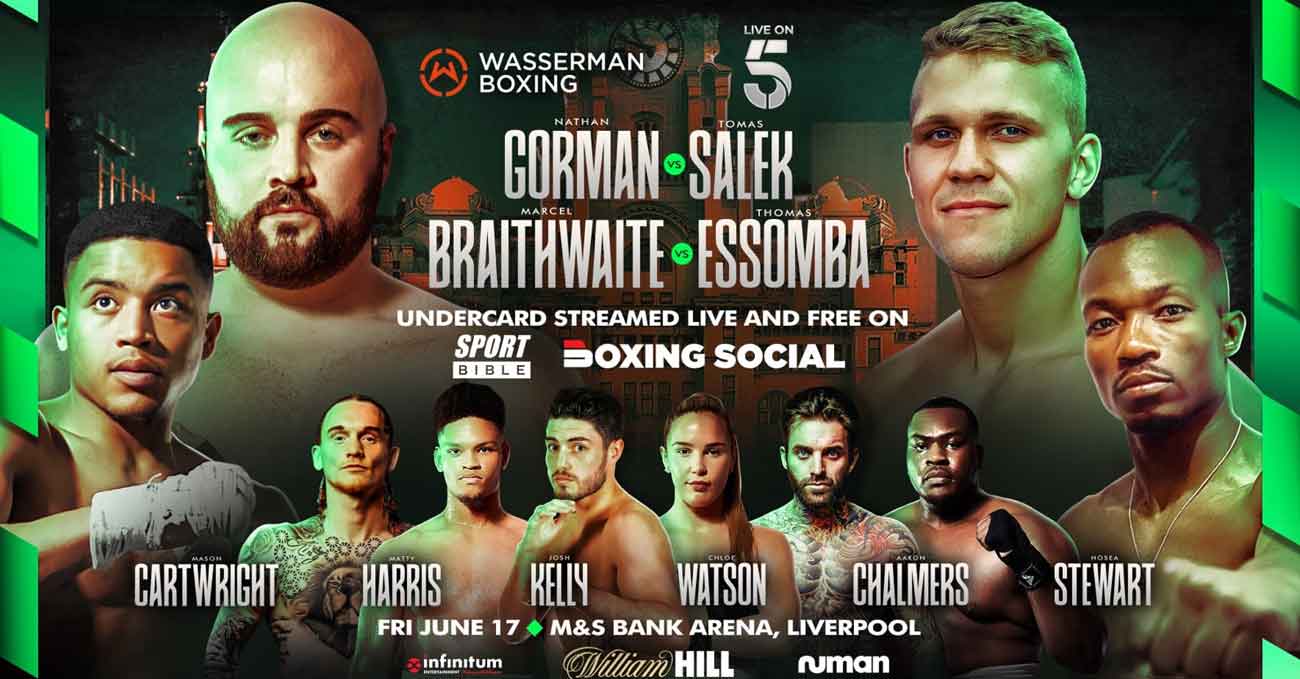 Review by AllTheBestFights.com: 2022-06-17, one sided boxing fight: Nathan Gorman vs Tomas Salek gets two stars (take a look at our ranking of the Best Boxing Fights of 2022).
Salek vs Gorman is the main event of the evening and it is valid for the vacant IBF International heavyweight title. Watch the video and rate this fight! 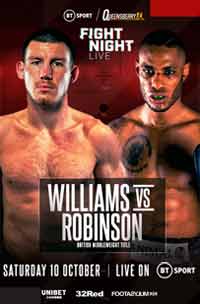 Review by AllTheBestFights.com: 2020-10-10, disappointing fight between Nathan Gorman and Richard Lartey: it gets two stars.
Nathan Gorman entered this fight with a pro record of 16-1-0 (11 knockouts) and he is ranked as the No.35 heavyweight in the world but he comes off his first loss, suffered against Daniel Dubois in July 2019 (Daniel Dubois vs Nathan Gorman); before this bout he had beat Kevin Johnson.
His opponent, Richard Lartey, has an official boxing record of 14-2-0 (11 KOs=78%) and he entered as the No.184 in the same weight class. He also lost to Dubois last year (Daniel Dubois vs Richard Lartey) but the previous year, in 2018, he had beat Boniface Kabore and Morris Okolla. Lartey vs Gorman is on the undercard of Liam Williams vs Andrew Robinson. Watch the video and rate this fight! 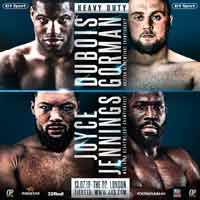 Review by AllTheBestFights.com: 2019-07-13, pretty good finish between Daniel Dubois and Nathan Gorman but it is not enough to get three stars: it gets two.

Both undefeated, the former Wbc Youth Hw champion Daniel Dubois entered this fight with a perfect boxing record of 11-0-0 (10 KOs=91%) and he is ranked as the No.55 heavyweight in the world while his opponent, Nathan Gorman, has an official record of 16-0-0 (11 knockouts) and he entered as the No.44 in the same weight class. In their last three fights Dubois has won over Kevin Johnson, Razvan Cojanu (Daniel Dubois vs Razvan Cojanu) and Richard Lartey (Daniel Dubois vs Richard Lartey) while Gorman has beat Kamil Sokolowski, Razvan Cojanu and Kevin Johnson (these last two via unanimous decision while Dubois had beat them via tko). Dubois vs Gorman is valid for the vacant BBBofC British heavyweight title. Watch the video and rate this fight!