Review by AllTheBestFights.com: 2016-09-24, fight not so exciting between Renan Barao and Phillipe Nover: it gets two stars.

The black belt in Brazilian jiu-jitsu and former Ufc Bw champion Renan Barao Pegado entered this fight with a professional record of 33-4-0 (70% finishing rate) and he is ranked as the No.33 featherweight in the world but he won just one out of his last four bouts, against Mitch Gagnon (=Barao vs Gagnon). After this fight he was defeated by TJ Dillashaw (=Dillashaw vs Barao II) and Jeremy Stephens (=Barao vs Stephens).
His opponent, Phillipe Nover (black belt in Bjj as well), has a mma record of 11-6-1 (55% finishing rate) and he entered as the No.63 in the same weight class. He fought three times last year beating Dan Cion and Yui Chul Nam (=Nam vs Nover) but then he lost to Zubaira Tukhugov. Barao vs Nover is on the undercard of Cris Cyborg Justino vs Lina Lansberg – UFC Fight Night 95. Watch the video and rate this fight! 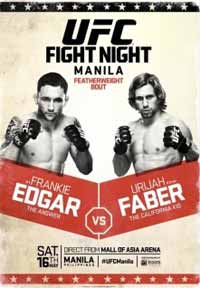 Review by AllTheBestFights.com: 2015-05-16, fight not particularly good between Yui Chul Nam and Phillipe Nover: it gets two stars.

Yui Chul Nam entered this fight with a pro mma record of 18-4-1 (50% finishing rate) and he is ranked as the No.86 lightweight in the world while his opponent, Phillipe Nover, has an official record of 10-5-1 (60% finishing rate). Nam vs Nover is on the undercard of Frankie Edgar vs Urijah Faber – UFC Fight Night 66. Watch the video and rate this fight!