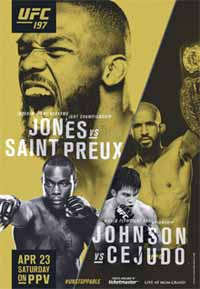 Review by AllTheBestFights.com: 2016-04-23, nice exchanges between Robert Whittaker and Rafael Natal: it gets three stars

The black belt in hapkido, karate and Tuf Ww tournament winner Robert Whittaker entered this fight with a professional mma record of 15-4-0 (80% finishing rate) and he is ranked as the No.9 middleweight in the world (currently the #1 in this division is Luke Rockhold). He suffered two consecutive losses between 2013 and 2014, against Court McGee (=McGee vs Whittaker) and Stephen Thompson (=Whittaker vs Thompson), but then he has won four bouts beating Uriah Hall in his last one (=Hall vs Whittaker).
His opponent, the black belt in Brazilian jiu-jitsu Rafael Natal, has an official record of 21-6-1 (57% finishing rate) and he entered as the No.20 in the same weight class. ‘Sapo’ Natal also lost twice between 2013 and 2014, against Tim Kennedy (=Kennedy vs Natal) and Ed Herman, but then he has collected four consecutive victories defeating Kevin Casey in 2016. Whittaker vs Natal is on the undercard of Jon Jones vs Ovince Saint Preux – UFC 197. Watch the video and rate this fight!

Review: 2013-09-04, great performance by both fighters with a good work on the ground: Rafael Natal vs Tor Troeng gets three stars (UFC Fight of the Night). Rafael ‘Sapo’ Natal (16-4-1, 69% finishing rate) entered as the No.56 middleweight in the world while Tor Troeng (16-4-1, 76% finishing rate) entered as the No.42. Natal vs Troeng is on the undercard of Glover Teixeira vs Ryan Bader – UFC Fight Night 28. Watch the video!