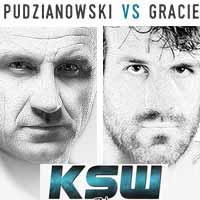 Review by AllTheBestFights.com: 2015-05-23, fight not so exciting between Mariusz Pudzianowski and Rolles Gracie: it gets two stars.

The former five times World’s Strongest Man champion Mariusz Pudzianowski entered this fight with a pro mma record of 8-3-0 (50% finishing rate) and he is ranked as the No.90 heavyweight in the world. Pudzian suffered his last defeat in 2013 when he faced Sean McCorkle the first time (=Pudzianowski vs McCorkle I); after this bout he has won three bouts taking revenge on McCorkle (=Pudzianowski vs McCorkle II) and beating Pawel Nastula in his last fight (=Pudzianowski vs Nastula).
His opponent, the black belt in Bjj and judo Rolles Gracie Jr, has the same record of 8-3-0 but with a 100% submission victory rate (he has never won via ko/tko). His last victory occurred in 2012, against Yusuke Kawaguchi, after this bout he lost to Derrick Mehmen (=Gracie vs Mehmen) and Karol Bedorf (=Bedorf vs Gracie). Pudzianowski vs Gracie is on the undercard of Michal Materla vs Tomasz Drwal – KSW 31. Watch the video and rate this fight!

END_OF_DOCUMENT_TOKEN_TO_BE_REPLACED

Review: 2014-10-04, fight not particularly good between Karol Bedorf and Rolles Gracie: it gets two stars. The black belt in Brazilian jiu-jitsu Karol Bedorf entered this fight with a professional mma record of 10-2-0 (50% finishing rate) and he is ranked as the No.60 heavyweight in the world, he suffered his last defeat in 2011 when he faced Rogent Llorent, since then he has collected four consecutive victories and in his last bout he won the KSW Hw title, beating Pawel Nastula (=Nastula vs Bedorf).
His opponent, the black belt in Bjj and judo Rolles Gracie, has an official record of 8-2-0 (100% submission victory rate – he has never won via ko/tko), he fought just once in 2013 losing to Derrick Mehmen at Wsof 5 (=Gracie vs Mehmen). Bedorf vs Gracie, main event of Ksw 28, is valid for the KSW heavyweight title (Bedorf’s first defense). Watch the video and rate this fight!

END_OF_DOCUMENT_TOKEN_TO_BE_REPLACED

Review: 2013-09-14, Rolles Gracie vs Derrick Mehmen gets three stars thanks to a spectacular finish. The Brazilian Rolles Gracie (8-1-0, 100% finishing rate=only submission!) entered as the No.71 heavyweight in the world while Derrick Mehmen (15-5-0, 80% finishing rate) entered as the No.94 light heavyweight. Gracie vs Mehmen is on the undercard of Andrei Arlovski vs Mike Kyle – WSOF 5. Watch the video!

END_OF_DOCUMENT_TOKEN_TO_BE_REPLACED 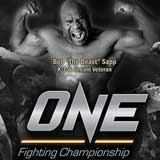 Review: 2012-02-11, Bob Sapp vs Rolles Gracie was not a particularly good fight: two stars (fight ended by submission in the first round). Bob Sapp entered the fight with a record of 11-9-0 while Rolles Gracie had a record of 5-1-0. Sapp vs Gracie is on the undercard of Ole Laursen vs Felipe Enomoto (ONE FC 2: Battle of Heroes). Watch the video!