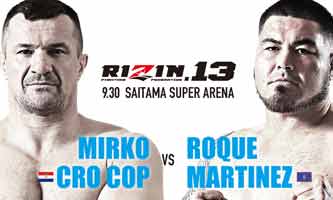 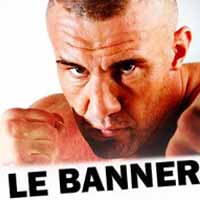 The black belt in karate, judo and former Wkn, Iska world champion Jerome Le Banner (he is 44 years old), entered this fight with a mma record of 3-2-0 (100% ko/tko victory rate – he has never won via submission) but he has a kickboxing record of 81-22-2. In his last mma fight he was defeated by Satoshi Ishii (=December 31, 2010) while in his last kickboxing bout he had beat Karl Roberson (=Le Banner vs Roberson).
His opponent, Roque Martinez, has an official record of 11-4-2 (64% finishing rate) and he entered as the No.93 heavyweight in the world. He suffered his last loss when he faced Kelvin Fitial in 2011, since then he has collected six victories and one draw beating Jaideep Singh in 2017. Martinez vs Le Banner is on the undercard of Rena Kubota vs Andy Nguyen – Rizin FF 7. Watch the video and rate this fight!