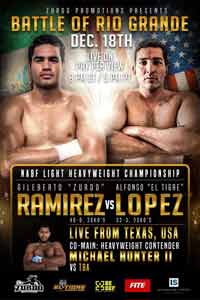 Review by AllTheBestFights.com: 2020-12-18, some good exchanges between Michael Hunter and Shawn Laughery but it is not enough to get three stars: it gets two (take a look at our ranking of the best boxing fights of 2020).
The former Olympian Michael Hunter entered this fight with a professional boxing record of 18-1-1 (12 knockouts) and he is ranked as the No.7 heavyweight in the world (currently the #1 in this division is Tyson Fury). He fought three times last year beating Fabio Maldonado (Michael Hunter vs Fabio Maldonado) and Sergey Kuzmin (Michael Hunter vs Sergey Kuzmin), but then he was stopped in a draw by Alexander Povetkin (Alexander Povetkin vs Michael Hunter). Hunter suffered his only loss when he faced Oleksandr Usyk in 2017 (Oleksandr Usyk vs Michael Hunter).
His opponent, Shawn Laughery, has a record of 10-3-0 (6 knockouts) and he entered as the No.216 in the same weight class. He lost to Aaron Quattrocchi in 2016 but then he has won over Michael Wilmer, Michael Glasscox and Dell Long. Laughery vs Hunter is on the undercard of Gilberto Ramirez vs Alfonso Lopez. Watch the video and rate this fight!