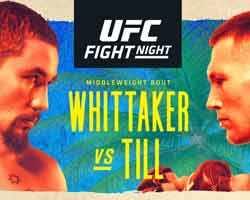 Review by AllTheBestFights.com: 2020-07-26, disappointing fight between Robert Whittaker and Darren Till: it gets two stars.
The black belt in hapkido, karate, Tuf Ww tournament winner and former Ufc Mw champion Robert Whittaker entered this fight with a mma record of 20-5-0 (70% finishing rate) and he is ranked as the No.3 middleweight in the world but he comes of the loss against current #1 Israel Adesanya (Robert Whittaker vs Israel Adesanya); before this bout he had beat twice Yoel Romero (Yoel Romero vs Robert Whittaker I and Robert Whittaker vs Yoel Romero II).
His opponent, Darren Till, has an official record of 18-2-1 (67% finishing rate) and he entered as the No.9 in the same weight class. He lost two consecutive fights between 2018 and 2019, against Tyron Woodley (Tyron Woodley vs Darren Till) and Jorge Masvidal (Darren Till vs Jorge Masvidal), but then he has beat Kelvin Gastelum in November 2019 (Kelvin Gastelum vs Darren Till). Till vs Whittaker is the main event of UFC on ESPN 14 (UFC Fight Island). Watch the video and rate this fight! 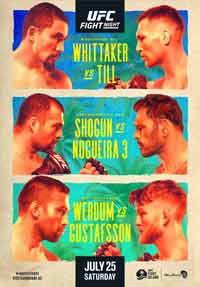 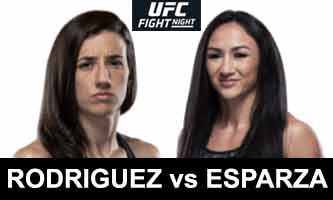 Review by AllTheBestFights.com: 2020-07-26, good pace between Marina Rodriguez and Carla Esparza: it gets three stars.
The undefeated Marina Rodriguez entered this fight with a record of 12-0-2 (50% finishing rate) and she is ranked as the No.10 women’s strawweight in the world. She fought three times last year beating Jessica Aguilar and Tecia Torres but then she was stopped in a draw by Cynthia Calvillo.
Her opponent, the former Ufc and Invicta FC champion Carla Esparza, has a mma record of 16-6-0 (44% finishing rate) and she entered as the No.7 in the same weight class. She lost two consecutive bouts in 2018, with Claudia Gadelha and Tatiana Suarez, but then she has won over Virna Jandiroba, Alexa Grasso (Carla Esparza vs Alexa Grasso) and Michelle Waterson (Carla Esparza vs Michelle Waterson). Esparza vs Rodriguez is on the undercard of Robert Whittaker vs Darren Till – UFC on ESPN 14 (UFC Fight Island). Watch the video and rate this fight! 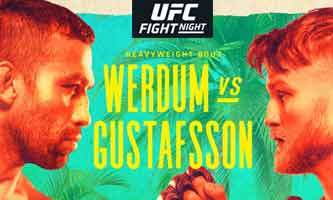