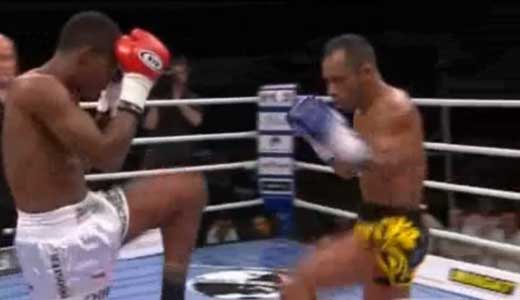 Review: 2011-05-14, the match between Chris Ngimbi and Willy Borrel was the best fight of “It’s Showtime Lyon” and also one of the best K-1 fights of 2011. After a good first round, in the second Ngimbi knocked down Borrel with a left hook and a few seconds later knocked out his opponent with a flying knee: devastating KO! In this fight Chris Ngimbi defended for the first time his “It’s Showtime world title” (70 kg max), which had won against Murat Direkçi in 2010. Watch the video!