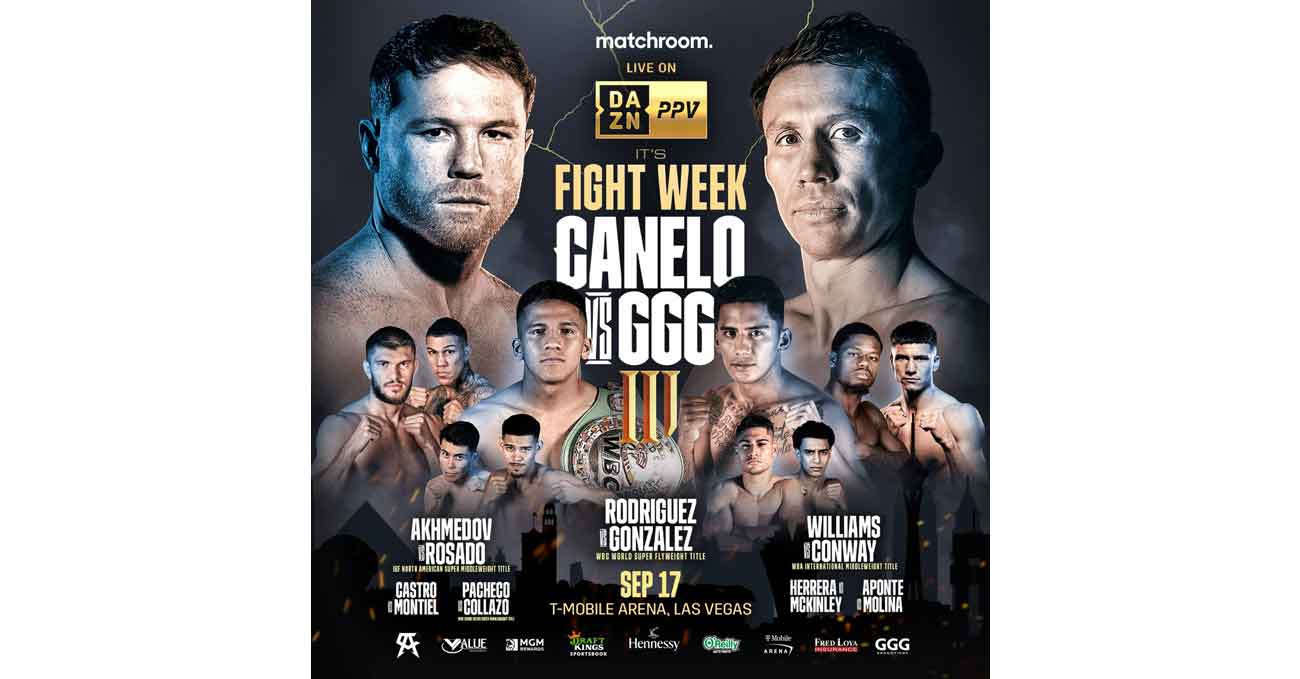 Review by AllTheBestFights.com: 2022-09-17, some good single shots but it is not enough to get three stars: the boxing match Ali Akhmedov vs Gabriel Rosado gets two stars (take a look at our ranking of the Best Boxing Fights of 2022).
Rosado vs Akhmedov is scheduled to take place Saturday, September 17th, at the T-Mobile Arena in Las Vegas (Nevada, USA), in a 10-round super middleweight (168 lbs, 76.2 kg) bout; it is valid for the vacant IBF North American super-middleweight title and it is on the undercard of Saul Canelo Alvarez vs Gennady Golovkin 3. Watch the video and rate this fight!

Ali Akhmedov entered this fight with a record of 18-1-0 (14 KOs=78%) and he is ranked as the No.49 super middleweight in the world.
He suffered his only loss when he faced Carlos Gongora in 2020 (Ali Akhmedov vs Carlos Gongora), after this match he has beat David Zegarra and Paul Valenzuela Cuesta.