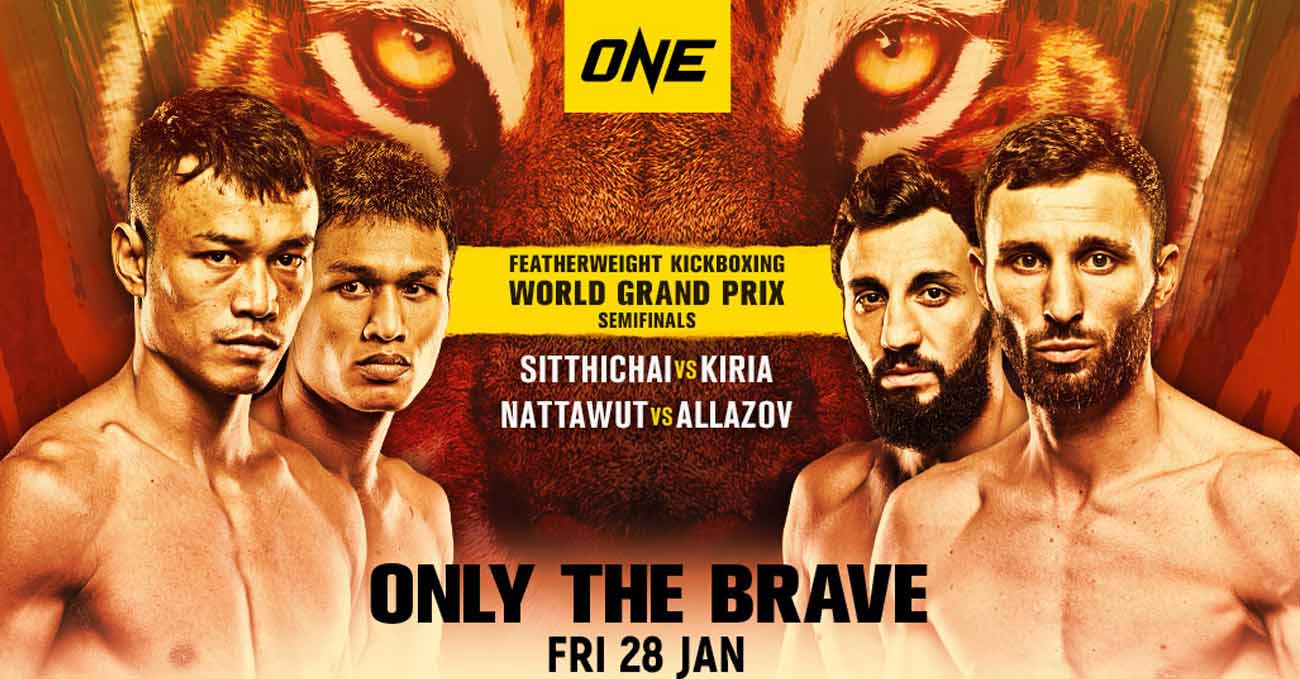 Review by AllTheBestFights.com: 2022-01-28, nice and tough exchanges: the kickboxing fight Jo Nattawut vs Chingiz Allazov gets three stars (take a look at our ranking of the Best Kickboxing Fights of 2022).
Allazov vs Nattawut is on the undercard of Sitthichai Sitsongpeenong vs Davit Kiria 3 – ONE Championship: Only the Brave. Watch the video and rate this fight!

The former WMC and Lion super welterweight champion Jo Nattawut entered this fight with a pro kickboxing record of 71-8-2.
He was defeated by Giorgio Petrosyan in their rematch in 2019 (Giorgio Petrosyan vs Jo Nattawut 2) but he came back to win against Yurik Davtyan in November 2021.

His opponent, the former Wako-Pro and K-1 super-Ww world champ Chingiz Allazov, has a record of 57-5-0 (35 knockouts) and he entered as the No.6 in the super welterweight division.
He fought twice last year losing to Enriko Kehl and beating Samy Sana.
Among the best fights of Allazov we suggest these two: