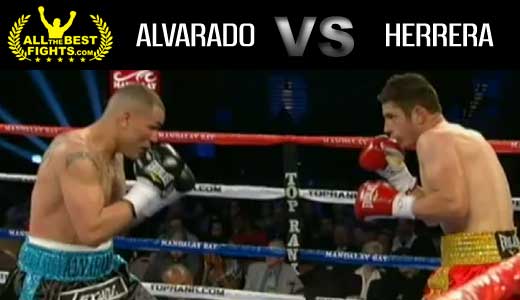 Review: 2012-04-14, epic fight between Mike Alvarado and Mauricio Herrera, ten exciting and tough rounds between two warriors: candidate for Fight of the Year 2012. The undefeated Mike Alvarado (32-0-0) entered as the No.10 light welterweight in the world while Mauricio Herrera (18-1-0) entered as the No.18. Alvarado vs Herrera is on the undercard of Brandon Rios vs Richard Abril. Watch the video!