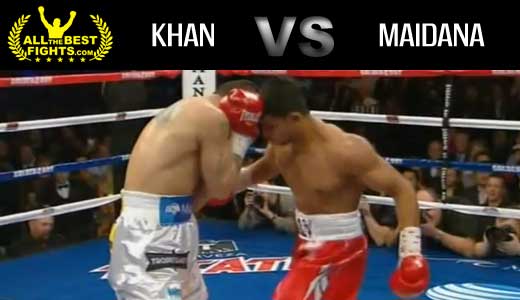 Review: 2010-12-11, the fight between Amir Khan and Marcos Rene Maidana was one of the best fights of 2010 and, as Oscar De La Hoya said: one of the “fights of the decade”. Amir Khan (23-1-0) was defending his WBA World light welterweight title against WBA interim champion Marcos Rene Maidana (29-1-0). In the first round Khan knocked down Maidana with a body-shot but the Argentinian boxer continued to fight and dominated the Englishman in the last three rounds. Khan vs Maidana was awarded the Fight of the Year by the Boxing Writers Association of America. Watch the video!