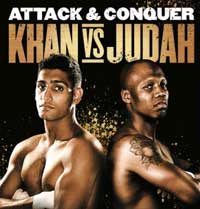 Review: 2011-07-23, pleasant fight between Amir Khan and Zab Judah, two of the fastest boxers in recent years. Khan was dominating Zab Judah and he knocked down him in the fifth winning the fight too easily, even if Judah complained that the punch was low. The fight Khan vs Judah was valid for the IBF and WBA Super World light welterweight titles. Watch the video!