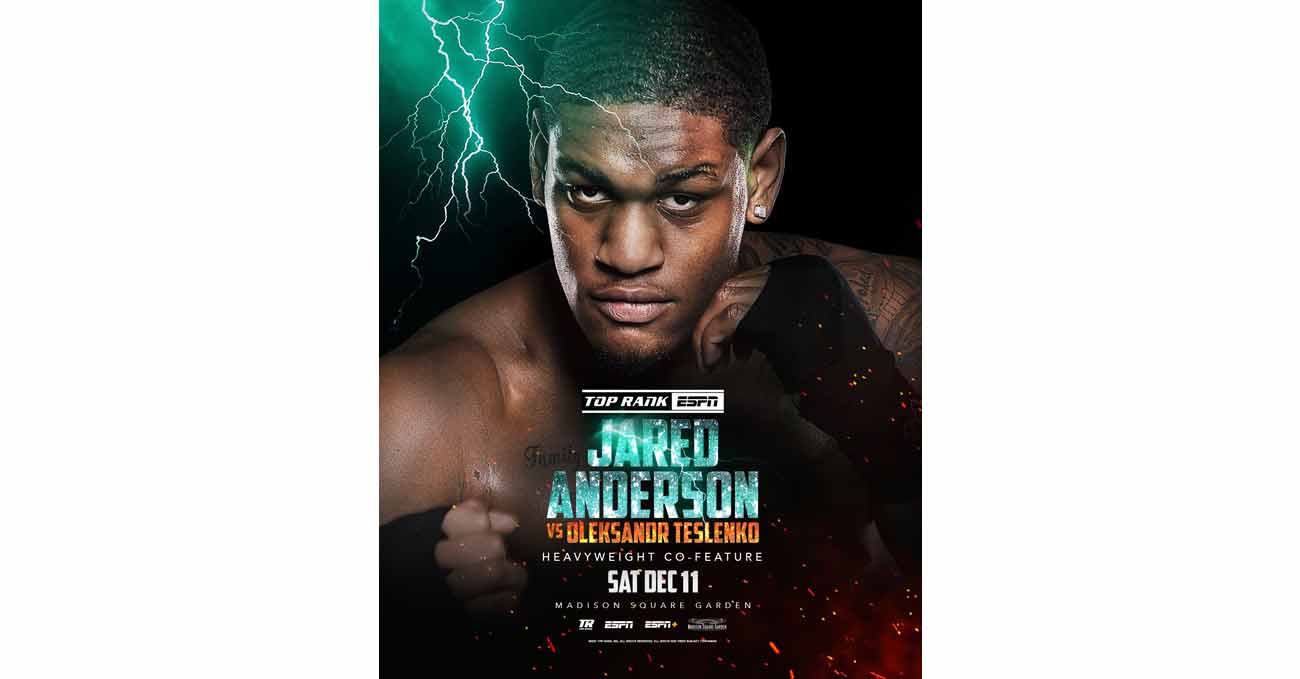 Review by AllTheBestFights.com: 2021-12-11, good start with some nice exchanges: the boxing fight Jared Anderson vs Oleksandr Teslenko gets three stars (take a look at our ranking of the Best Boxing Fights of 2021).
Teslenko vs Anderson is on the undercard of Vasyl Lomachenko vs Richard Commey. Watch the video and rate this fight!

His opponent, Oleksandr Teslenko, has an official record of 17-1-0 (13 knockouts) but he is not ranked in the heavyweight division.
He suffered his only loss when he faced Shawndell Terell Winters in 2019, after this match he came back to win against Cesar David Crenz in June 2021.