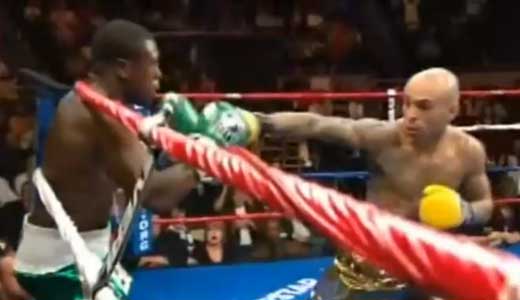 Review: 2009-01-17, in this fight Andre Berto (23-0-0) defended for the second time his WBC welterweight title (won in 2008 against Miguel Angel Rodriguez) and his opponent was Luis Collazo (29-3-0), which had already won the welterweight belt in 2005 (WBA). Collazo proved more dangerous than expected, throwing more punches than Berto (812 against 682 of the champion) but after 12 exciting rounds Andre Berto defeated Luis Collazo by unanimous decision. (Lederman scored 115 to 112 in favor of Collazo!) Watch the video!