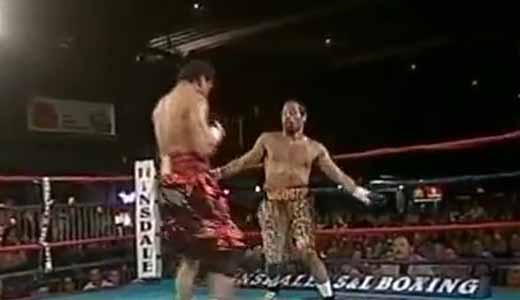 Review by AllTheBestFights.com: 2005-07-08, here it is another very nice and entertaining fight recommended by “mattsnow81”: Emanuel Augustus vs Ray Oliveira, it was definitely one of the best boxing fights of 2005 and it gets four stars!

Emanuel Augustus Burton entered this fight with a pro boxing record of 29-25-6 (15 knockouts) while his opponent, Ray Oliveira, had a record of 47-10-2 (22 knockouts). Before this bout Augustus had lost twice in 2004, against Tomas Barrientes and Courtney Burton (4-stars-fight Courtney Burton vs Emanuel Augustus Burton), but then he had come back to win in 2005 beating Dillon Carew while Oliveira was defeated by Ricky Hatton in his previous fight. Augustus Burton vs Oliveira was the main event of the evening. Watch the video and rate this fight!