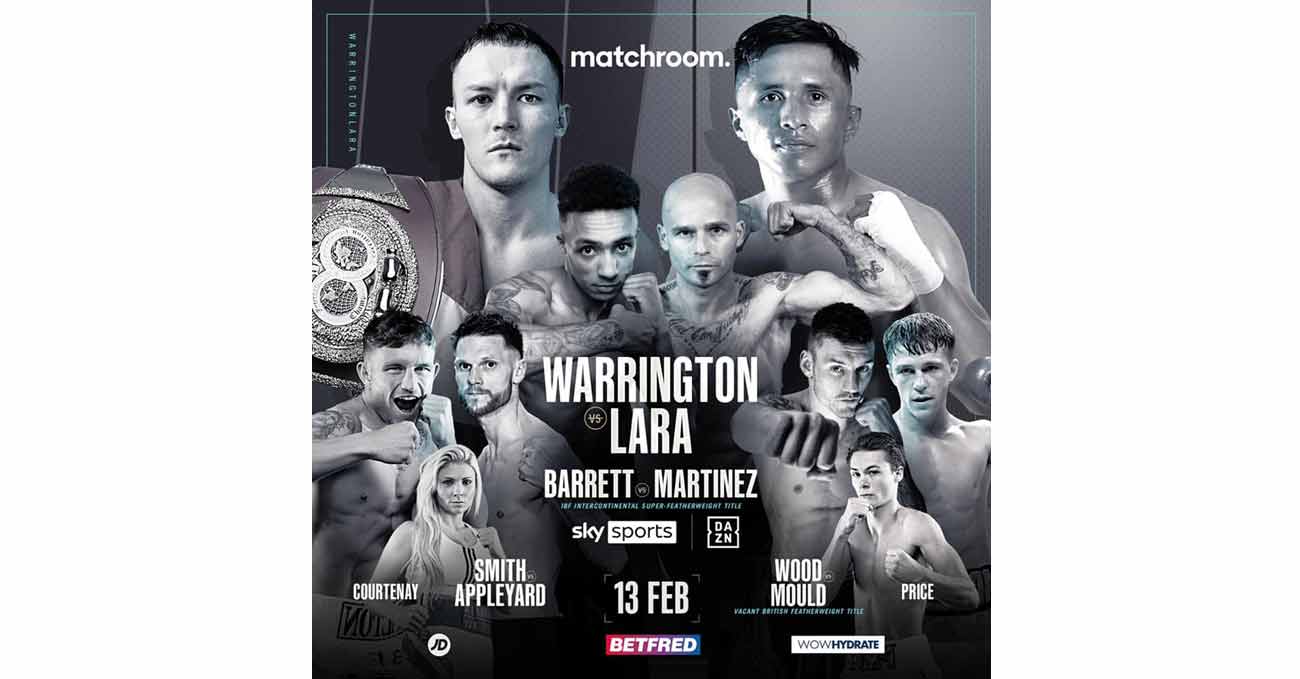 Review by AllTheBestFights.com: 2021-02-13, some good exchanges but it is not enough to get three stars: the boxing fight Zelfa Barrett vs Kiko Martinez gets two. Martinez vs Barrett is valid for the IBF Inter-Continental super-featherweight title; undercard of Josh Warrington vs Mauricio Lara. Watch the video and rate this fight!

Zelfa Barrett entered this fight with a pro boxing record of 24-1-0 (15 knockouts) and he is ranked as the No.48 super featherweight in the world.
He suffered his only loss when he faced Ronnie Clark in 2018 (via majority decision), since then he has won five matches defeating Jordan McCorry and Eric Donovan in his last two.

His opponent, the former Ibf super-Bw champion Kiko Martinez, has a record of 41-9-2 (29 knockouts) and he entered as the No.79 in the same weight class of Barrett.
He lost to Gary Russell Jr in 2019 (Gary Russell Jr vs Kiko Martinez) but then he has won over Alexander Cazares and Noe Martinez Raygoza.