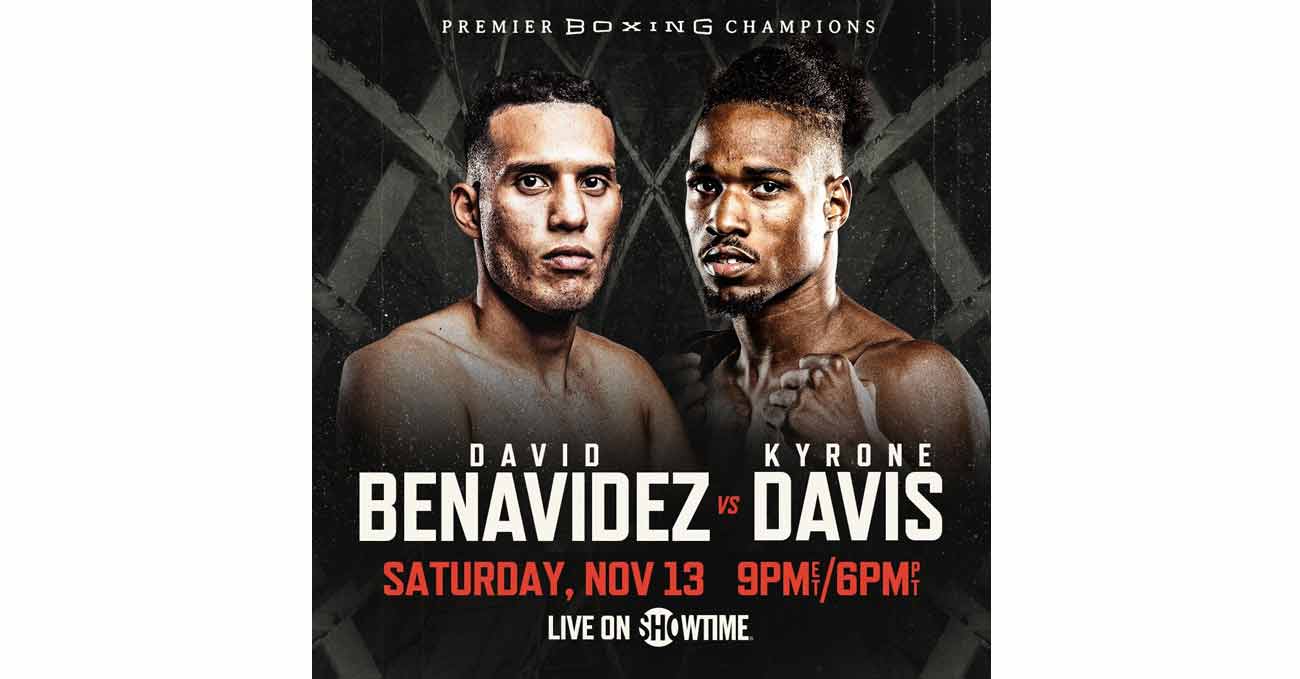 Review by AllTheBestFights.com: 2021-11-13, nice and tough exchanges: the boxing fight David Benavidez vs Kyrone Davis gets three stars (take a look at our ranking of the Best Boxing Fights of 2021).
Davis vs Benavidez is the main event of the evening. Watch the video and rate this fight!

His opponent, Kyrone Davis, has a record of 16-2-1 (6 knockouts) and he entered as the No.42 in the super middleweight division.
He lost to Patrick Day in 2018 but then he has collected one draw, with Anthony Dirrell in February 2021 (Anthony Dirrell vs Kyrone Davis), and three victories, the last one with Martez McGregor in September 2021 (after the match with Dirrell).