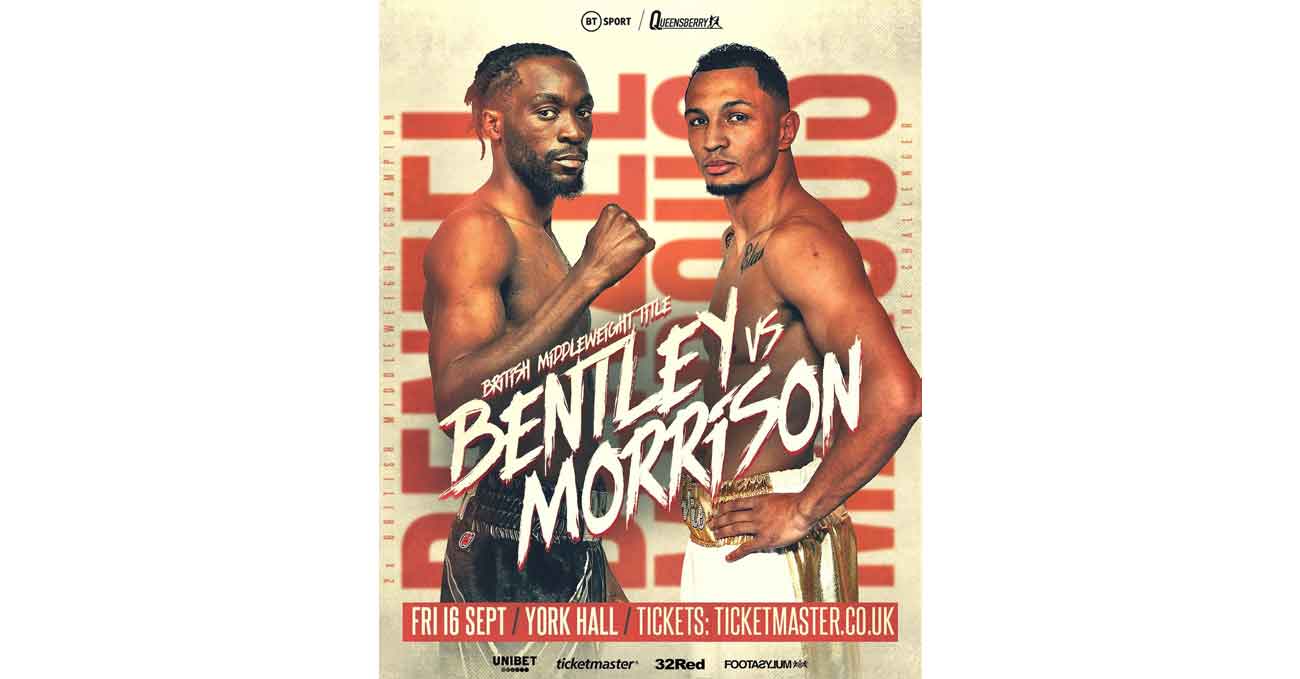 Review by AllTheBestFights.com: 2022-09-16, tough boxing match with some wild exchanges: Denzel Bentley vs Marcus Morrison gets three stars (take a look at our ranking of the Best Boxing Fights of 2022).
Morrison vs Bentley is scheduled to take place Friday, September 16th at the York Hall in London (United Kingdom), in a 12-round middleweight (160 lbs, 72.6 kg) bout; it is the main event of the evening and it is valid for the BBBofC British middleweight title. Watch the video and rate this fight!

His opponent, Marcus Morrison, has an official record of 25-5-0 (16 knockouts) and he entered as the No.101 in the super middleweight division.
He was defeated by Zach Parker at the end of 2021 (Zach Parker vs Marcus Morrison) but he came back to win with Seamus Devlin.