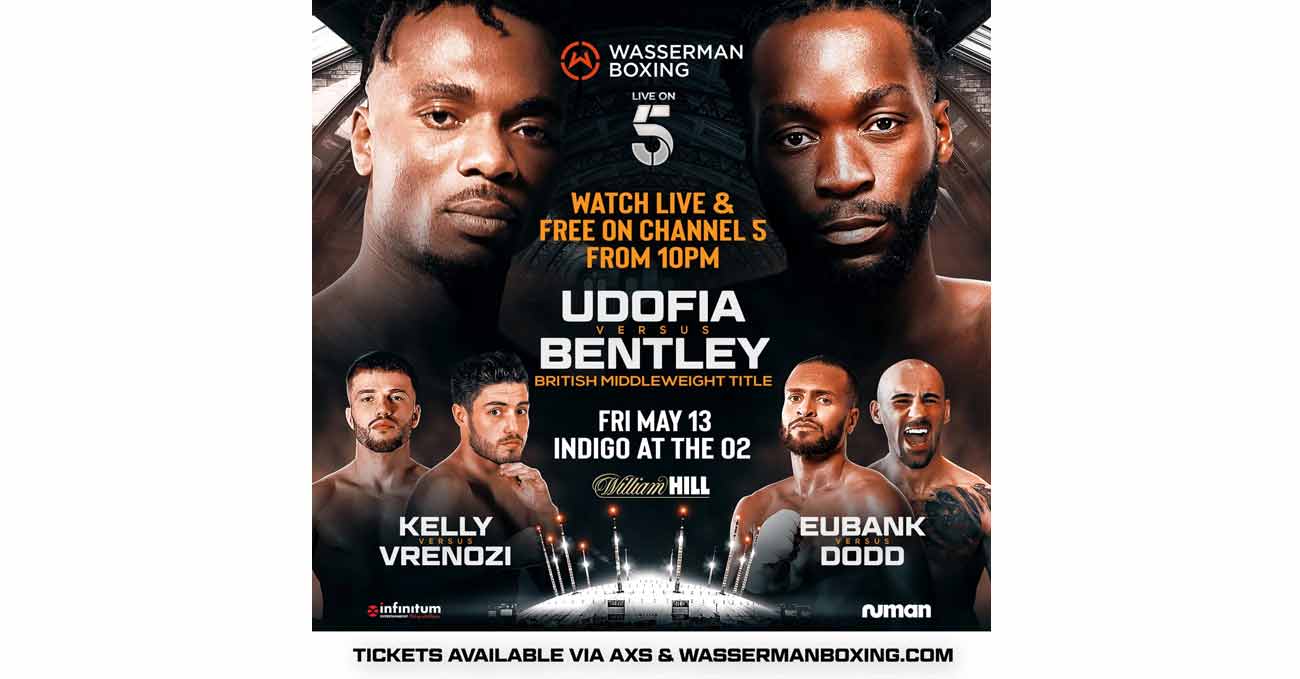 Review by AllTheBestFights.com: 2022-05-13, close bout with some nice exchanges: the boxing fight Linus Udofia vs Denzel Bentley gets three stars (take a look at our ranking of the Best Boxing Fights of 2022).
Bentley vs Udofia is the main event of the evening and it is valid for the vacant BBBofC British middleweight title. Watch the video and rate this fight!

The undefeated Linus Udofia entered this fight with a perfect boxing record of 17-0-0 (9 knockouts) and he is ranked as the No.74 middleweight in the world.
In his last three fights he has won over Tyler Denny, John Harding Jr and Xhuljo Vrenozi.

His opponent, Denzel Bentley, has an official record of 15-1-1 (13 KOs=87%) and he entered as the No.43 in the middleweight division.
He fought twice last year losing to Felix Cash (Denzel Bentley vs Felix Cash) and beating Sam Evans.