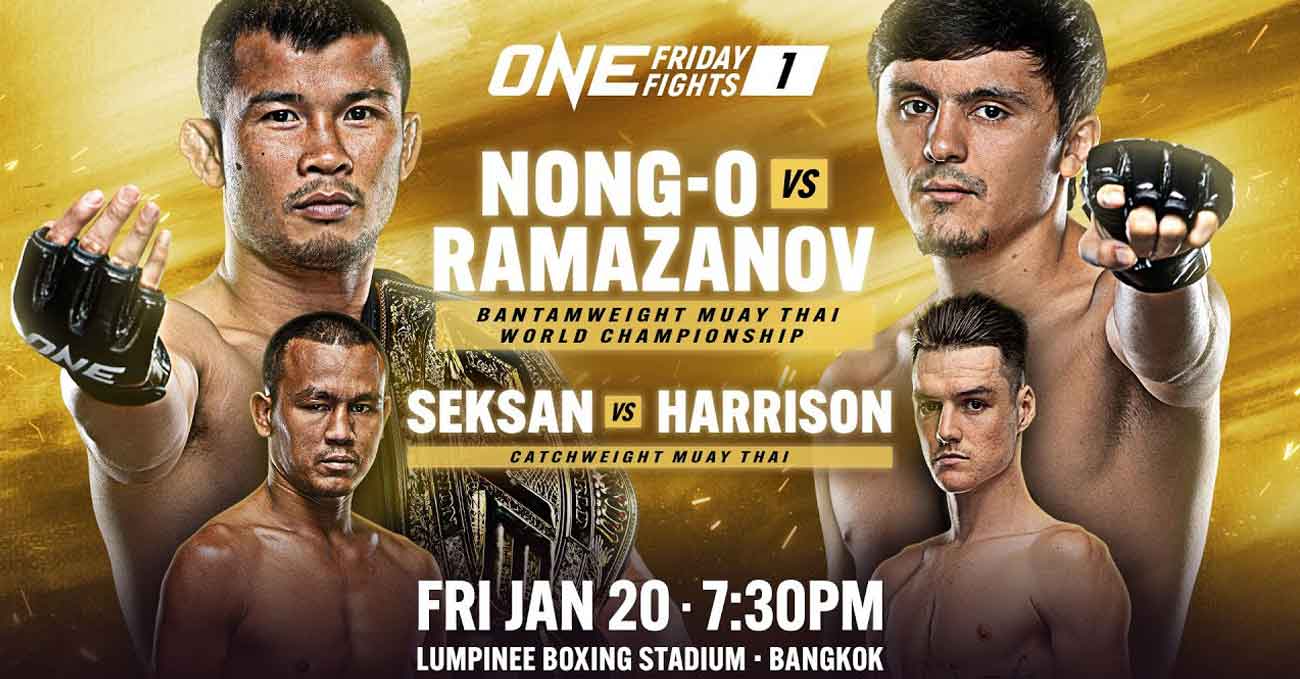 Review by AllTheBestFights.com: 2023-01-20, one of the most crazy fights we have seen in the last years, simply amazing: the muay thai bout Saeksan Or Kwanmuang vs Tyson Harrison could be a candidate for the kickboxing Fight of the Year 2023 and it gets five stars!
Harrison vs Saeksan is scheduled to take place Friday, January 20th, at the Lumpinee Boxing Stadium in Bangkok (Thailand), in a 3-round catchweight (140 lbs, 63.5 kg) bout; it is on the undercard of Nong-O Gaiyanghadao vs Alaverdi Ramazanov – ONE Friday Fights 1 (also known as ONE Lumpinee 1). Watch the video and rate this fight!

The former Kunlun, Rajadamnern, Omnoi Stadium, WBC and IBF muay thai champion Saeksan Or Kwanmuang (also known as Seksun or Seksan or Robocop) entered this fight with a professional kickboxing record of 193-47-8 and he is ranked as the No.3 super lightweight in the world.
He lost to Nico Carrillo last year but then he has collected two draws and four victories beating Khunhanlek Kiatcharoenchai in his last one.
But if you want to watch Saeksan’s best fights, here are the ones rated with 4 or 5 stars:

His opponent, Tyson Harrison, has an official record of 22-7-2 (12 knockouts) and in one of his last bout he has beat Nick Keros.