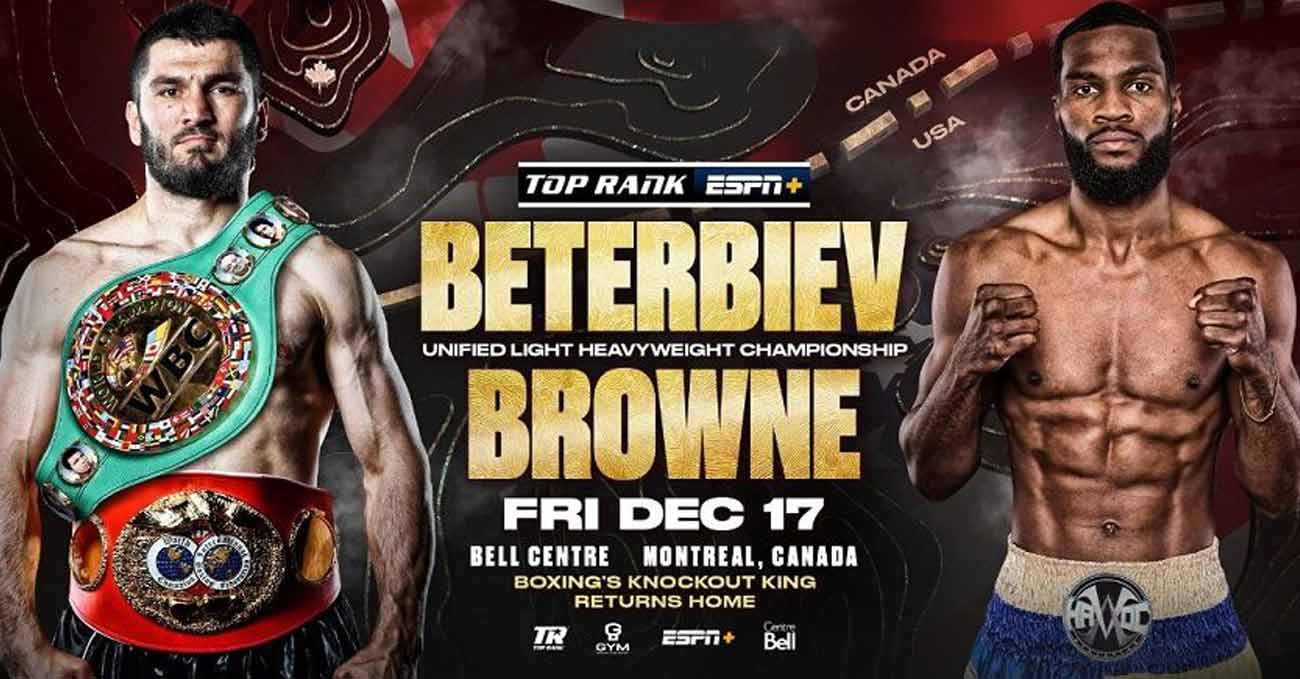 Review by AllTheBestFights.com: 2021-12-17, nice and tough boxing fight: Artur Beterbiev vs Marcus Browne gets three stars (take a look at our ranking of the Best Boxing Fights of 2021).
Browne vs Beterbiev is the main event of the evening and it is valid for the WBC and IBF World light-heavyweight titles (both held by Beterbiev). Watch the video and rate this fight!

His opponent, the former Olympian and former interim Wba light-Hw champion Marcus Browne, has a boxing record of 24-1-0 (16 knockouts) and he entered as the No.8 in the light heavyweight division.
He suffered his only loss when he faced Jean Pascal in 2019 (Marcus Browne vs Jean Pascal), after this bout he has fought just once beating Denis Grachev.