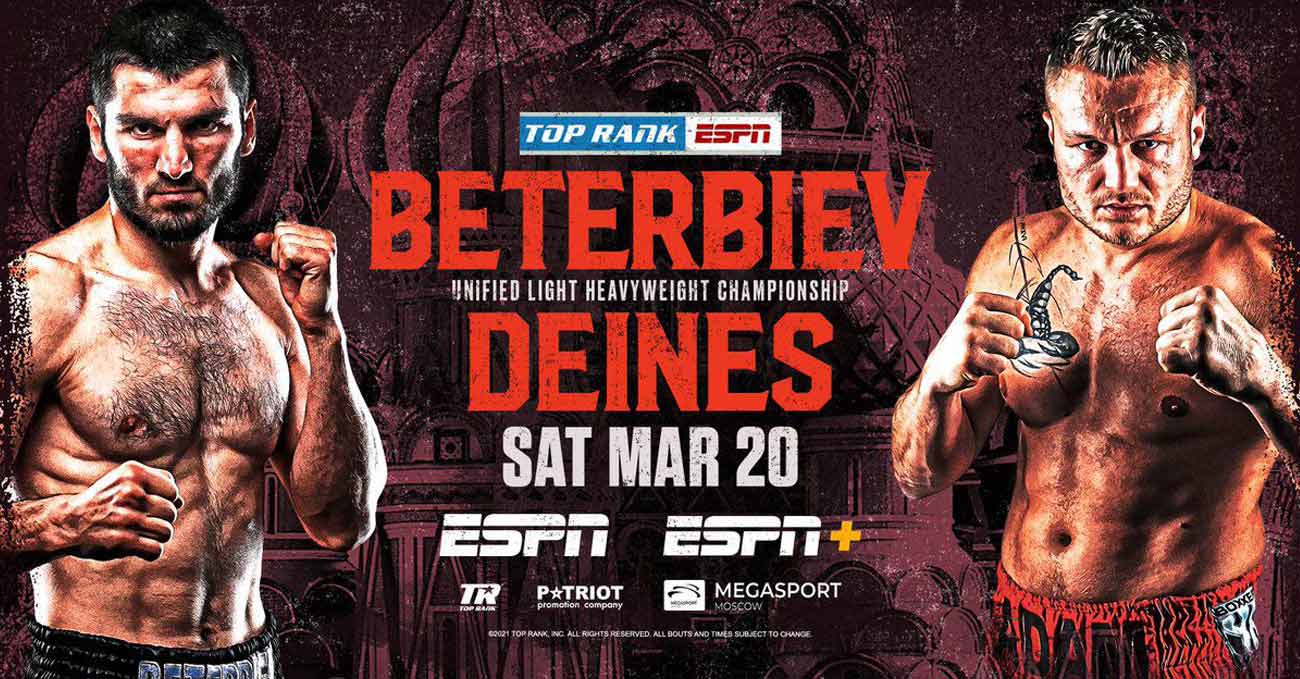 Review by AllTheBestFights.com: 2021-03-20, good boxing fight: Artur Beterbiev vs Adam Deines gets three stars.
Deines vs Beterbiev is the main event of the evening and it is valid for the WBC and IBF World light-heavyweight titles (both held by the Russian). Watch the video and rate this fight!

His opponent, Adam Deines, has an official record of 19-1-1 (10 knockouts) and he entered as the No.21 in the light heavyweight division.
He was defeated by Fanlong Meng in June 2019 (Fanlong Meng vs Adam Deines), but then he has beat Josef Lehr and Yevgenii Makhteienko.

Selection of the best videos about the fight Artur Beterbiev vs Adam Deines. If you have seen the full fight you can rate it at the bottom of this post.