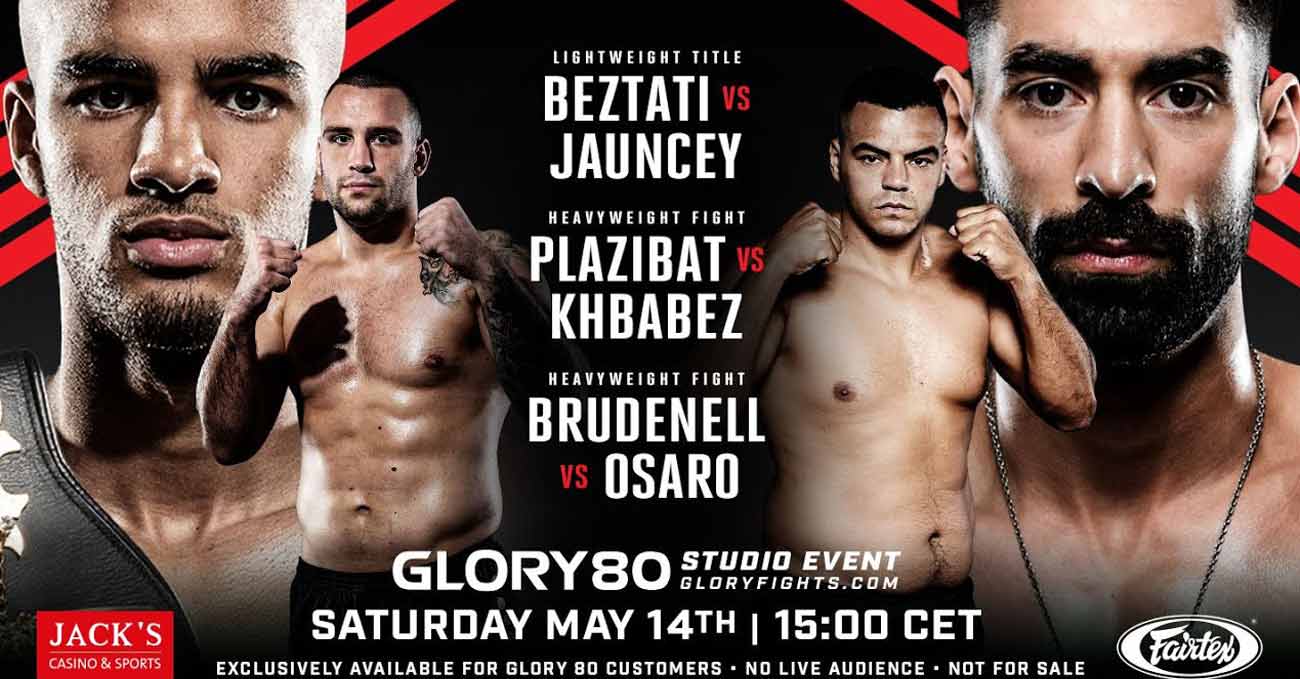 Review by AllTheBestFights.com: 2022-05-14, pretty good finish but it is not enough to get three stars: the kickboxing fight Tyjani Beztati vs Josh Jauncey 2 gets two (take a look at our ranking of the Best Kickboxing Fights of 2022).
Jauncey vs Beztati 2 is the main event of Glory 80 Studio and it is valid for the Glory lightweight title (Beztati’s first defense). Watch the video and rate this fight!

The Glory Lw champion Tyjani Beztati entered this fight with a professional kickboxing record of 21-5-0 (7 knockouts) and he is ranked as the No.8 super welterweight in the world.
He lost to Marat Grigorian in 2019 (Marat Grigorian vs Tyjani Beztati) but then he has beat Michael Palandre and Elvis Gashi.

His opponent, Josh Jauncey, has an official record of 31-10-0 (15 knockouts) and he entered as the No.11 in the super welterweight division.
He lost two consecutive bouts between 2018 and 2019, against Sitthichai Sitsongpeenong and Beztati in their first match (Sitthichai Sitsongpeenong vs Josh Jauncey 2), but then he has won over Lorawnt Nelson and Stoyan Koprivlenski.