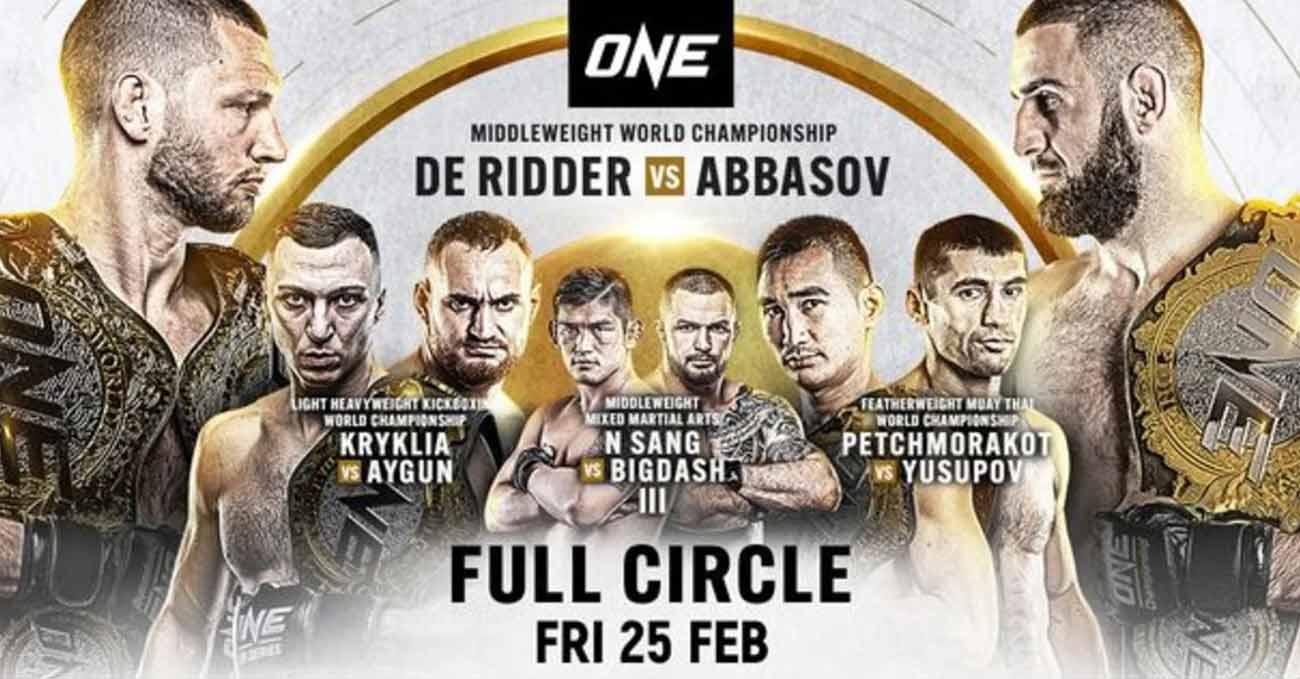 Review by AllTheBestFights.com: 2022-02-25, some good exchanges but it is enough to get three stars: the mma fight Aung La N Sang vs Vitaly Bigdash 3 gets two (take a look at our ranking of the Best Mma Fights of 2022).
In their previous two matches the Russian won the first bout but then he lost the rematch (Vitaly Bigdash vs Aung La N Sang 2); this third fight is on the undercard of Reinier de Ridder vs Kiamrian Abbasov – ONE Championship: Full Circle. Watch the video and rate this fight!

The former One Mw and light-hw champ Aung La N Sang entered this fight with a record of 27-12-0 (93% finishing rate) and he is ranked as the No.61 heavyweight in the world.
He lost two consecutive bouts between 2020 and 2021, both against Reinier de Ridder (Aung La N Sang vs Reinier de Ridder 2), but then he came back to win with Leandro Ataides in July 2021.

His opponent, Vitaly Bigdash, has a mma record of 11-2-0 (91% finishing rate) and he entered as the No.72 in the light heavyweight division.
In his last three bouts he has lost to Leandro Ataides but then he has beat Yuki Niimura and Fan Rong.