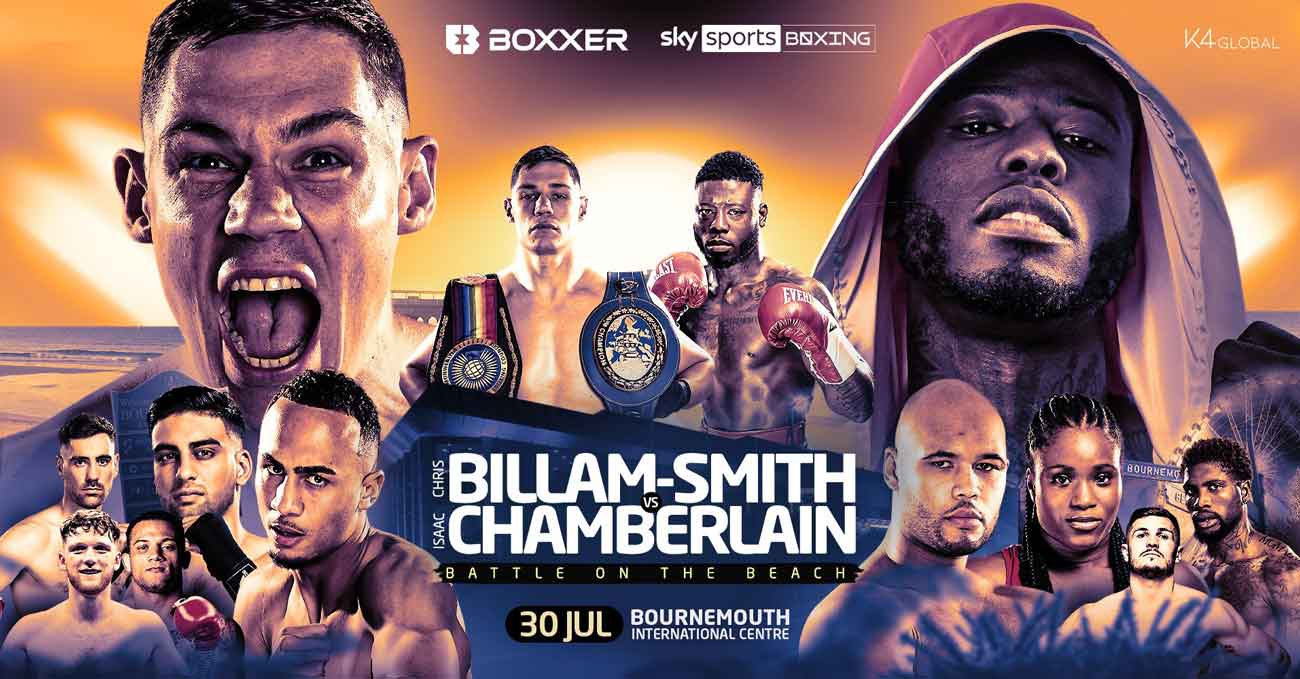 Review by AllTheBestFights.com: 2022-07-30, close and tough boxing match: Chris Billam-Smith vs Isaac Chamberlain gets three stars (take a look at our ranking of the Best Boxing Fights of 2022).
Chamberlain vs Billam-Smith is scheduled to take place Saturday, July 30th, at the Bournemouth International Centre in Bournemouth (United Kingdom), in a 12-round cruiserweight (200 lbs, 90.7 kg) bout; it is the main event of the evening and it is valid for the Commonwealth Boxing Council and EBU European cruiserweight titles. Watch the video and rate this fight!

His opponent, Isaac Chamberlain, has a record of 14-1-0 (8 knockouts) and he entered as the No.20 in the cruiserweight division.
He lost to Lawrence Okoliee in 2018 but then he has collected five victories defeating Ben Thomas and Dilan Prasovic in 2021.