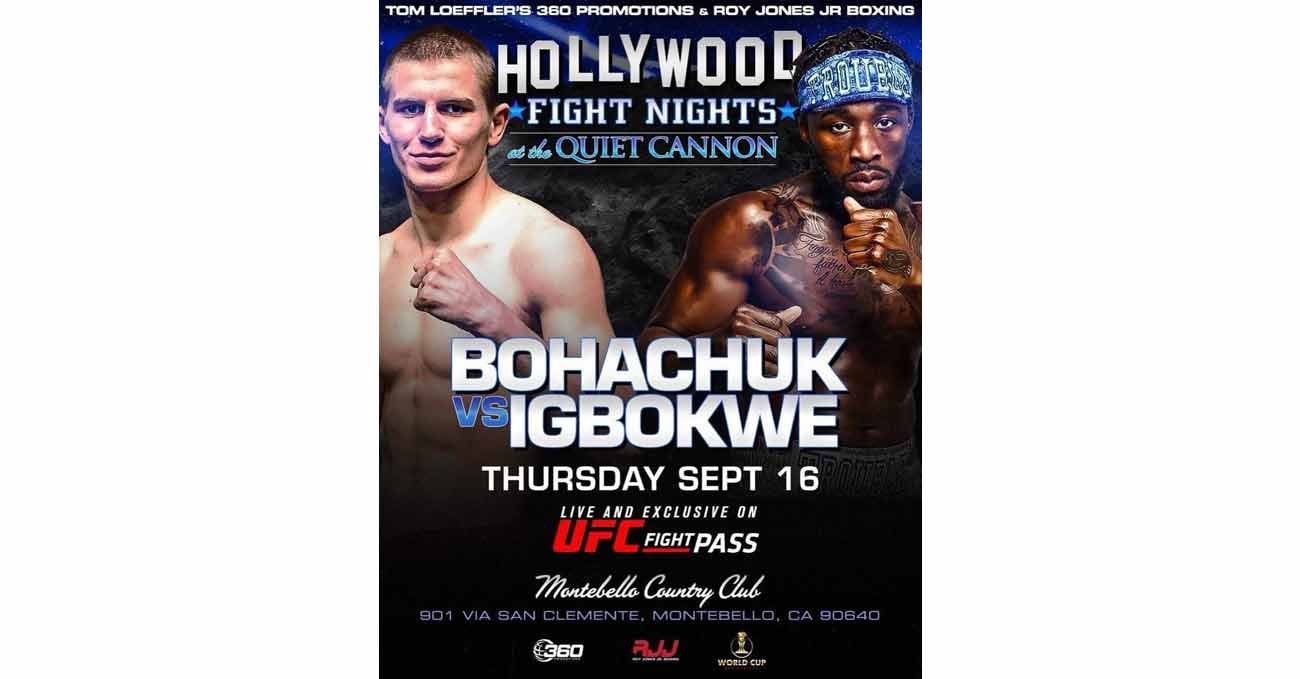 Review by AllTheBestFights.com: 2021-09-16, nice and tough boxing fight: Serhii Bohachuk vs Raphael Igbokwe gets three stars (take a look at our ranking of the Best Boxing Fights of 2021).
Igbokwe vs Bohachuk is the main event of the evening. Watch the video and rate this fight!

Serhii Bohachuk entered this fight with a professional boxing record of 19-1-0 (19 KOs=100%) and he is ranked as the No.41 middleweight in the world.
He has already fought twice in 2021 losing to Brandon Adams (Serhii Bohachuk vs Brandon Adams) and beating Brandon Baue.

His opponent, Raphael Igbokwe, has an official record of 16-2-0 (7 knockouts) and he entered as the No.83 in the middleweight division.
He suffered two consecutive matches in 2019, both against Alexis Gaytan via split decision, but then he has won four bouts beating Juan Carlos Rodriguez in his last one.