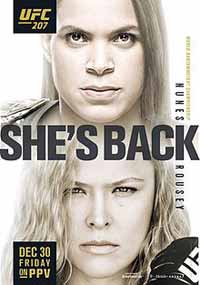 Review by AllTheBestFights.com: 2016-12-30, good work on the ground but it is not enough to get three stars: Louis Smolka vs Ray Borg gets two.

Louis Smolka entered this fight with a pro record of 11-2-0 (82% finishing rate) and he is ranked as the No.10 flyweight in the world (currently the #1 in this division is Demetrious Johnson). He has fought twice in 2016 defeating Ben Nguyen (=Smolka vs Nguyen) and losing to Brandon Moreno (=Smolka vs Moreno).
His opponent, Ray Borg, has an official mma record of 9-2-0 (78% finishing rate) and he entered as the No.23 in the same weight class but he comes off the loss against Justin Scoggins (=Borg vs Scoggins). Smolka vs Borg is on the undercard of Amanda Nunes vs Ronda Rousey – UFC 207. Watch the video and rate this fight!