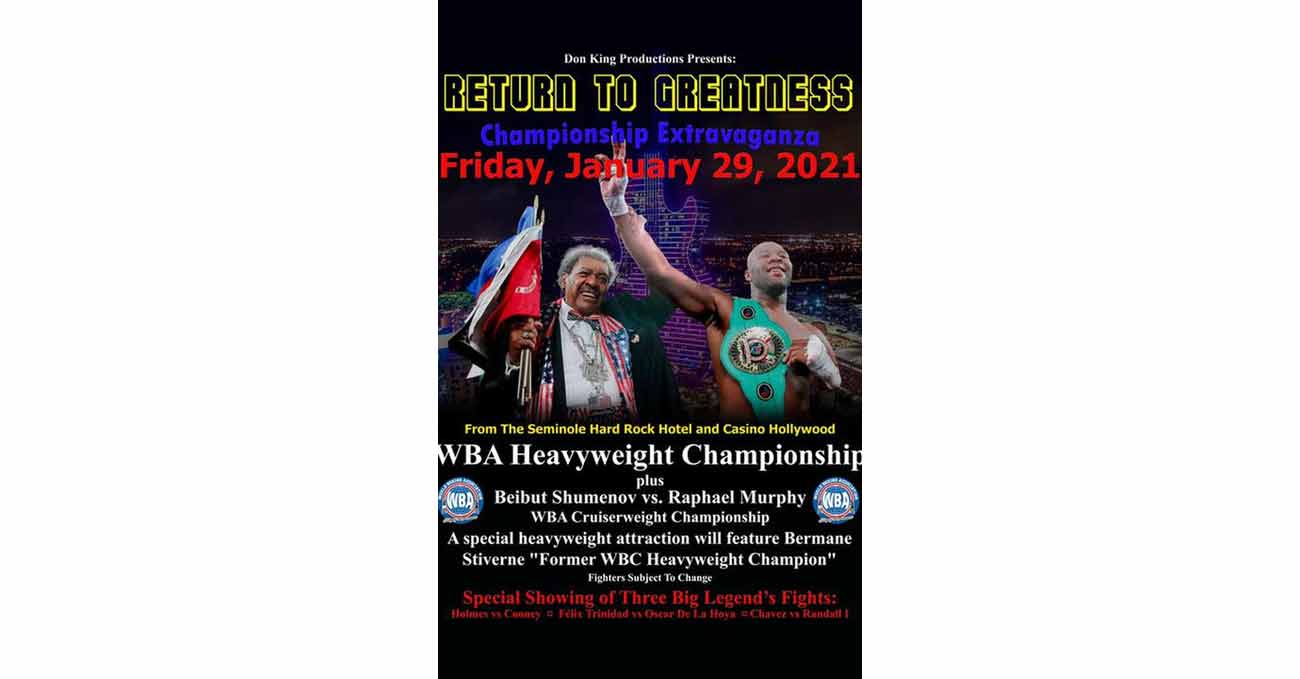 Review by AllTheBestFights.com: 2021-01-29, pretty good finish but it is not enough to get three stars: the boxing fight Bermane Stiverne vs Trevor Bryan gets two.
The former Wbc Hw champion Bermane Stiverne (who replaces Manuel Charr) entered this fight with a boxing record of 25-4-1 but he is not ranked as he hasn’t fought since February 23, 2019 when he was defeated by Joe Joyce (Joe Joyce vs Bermane Stiverne). Before this match he had also lost to Deontay Wilder in their rematch (Deontay Wilder vs Bermane Stiverne 2); his last victory was against Derric Rossy in 2015.
His opponent, the undefeated former interim Wba Hw champ Trevor Bryan, has a perfect record of 20-0-0 (14 knockouts) but he is also not ranked as he hasn’t fought since August 11, 2018 when he beat BJ Flores. Before this match, in 2017, he had also won over Sandy Antonio Soto and Francois Russell. Bryan vs Stiverne is valid for the vacant WBA World heavyweight title. Watch the video and rate this fight!