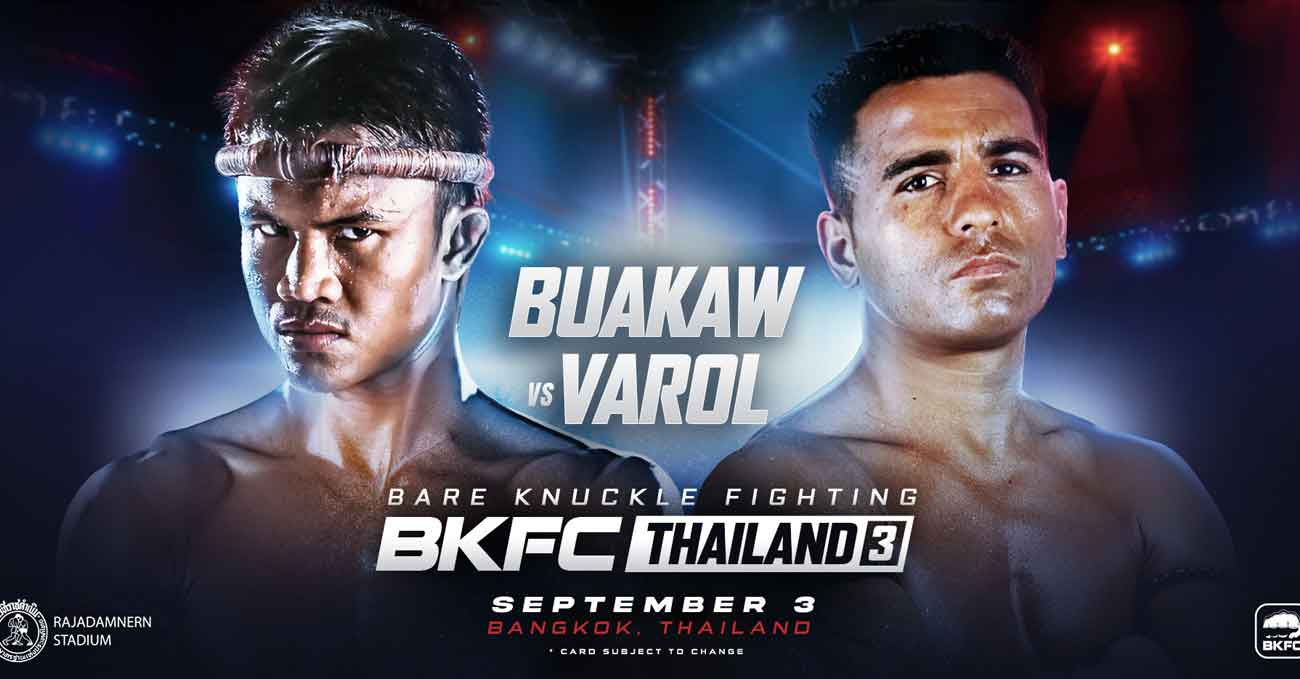 Review by AllTheBestFights.com: 2022-09-03, very disappointing bare knuckle match: Buakaw Banchamek vs Erkan Varol gets one star (take a look at our ranking of the Best Boxing Fights of 2022).
Varol vs Buakaw is scheduled to take place Saturday, September 3rd, at the Rajadamnern Stadium in Bangkok (Thailand), in a 5-round middleweight (160 lbs, 72.6 kg) bout; it is the main event of ‘BKFC Thailand 3: Moment of Truth’ (Bare Knuckle Fighting Championship). Watch the video and rate this fight!

His opponent, the former Wkn European champion Erkan Varol, has an official kickboxing record of 88-33-0 (46 knockouts) but he is not ranked as he hasn’t fought since 2018.
The last time he won a match was against Jeton Borja in 2016, after this fight he has lost to Vlad Tuinov, Shemsi Beqiri and Ramil Novruzov.