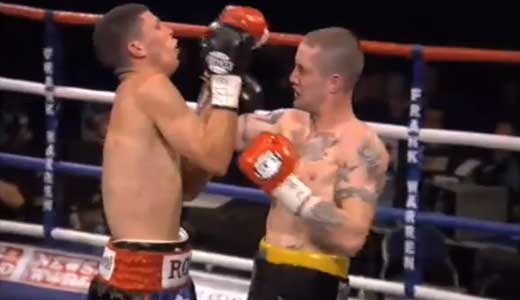 Review: 2010-09-04, Ricky Burns vs Roman Martinez was one of the best boxing fights of 2010. The undefeated Martinez (24-0-1) had won the WBO super featherweight title in United Kingdom (2009 against Nicky Cook), had already defended his belt twice and probably he was not even worried to come back to UK for his third defense against Ricky Burns (28-2-0), Scottish boxer at his first attempt for a world title. In fact in the first round Martinez knocked down Burns but the fight did not end, “Rickster” Burns recovered and managed to win the match! First defeat for Roman Martinez after twelve exciting rounds of boxing. Watch the video!