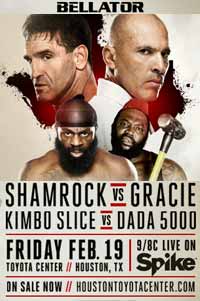 Review by AllTheBestFights.com: 2016-02-19, nice and tough exchanges between Melvin Guillard and Derek Campos: it gets three stars.

Melvin Guillard entered this fight with a mma record of 32-15-2 (72% finishing rate) and he is ranked as the No.43 lightweight in the world while his opponent, Derek Campos, has an official record of 15-6-0 (60% finishing rate). Both fighters come off two consecutive losses: Guillard was defeated by Justin Gaethje (=Gaethje vs Guillard) and Brandon Girtz (=Guillard vs Girtz) while Campos lost to Michael Chandler (=Chandler vs Campos) and Brandon Girtz as well. Guillard vs Campos is on the undercard of Ken Shamrock vs Royce Gracie 3 – Bellator 149. Watch the video and rate this fight!