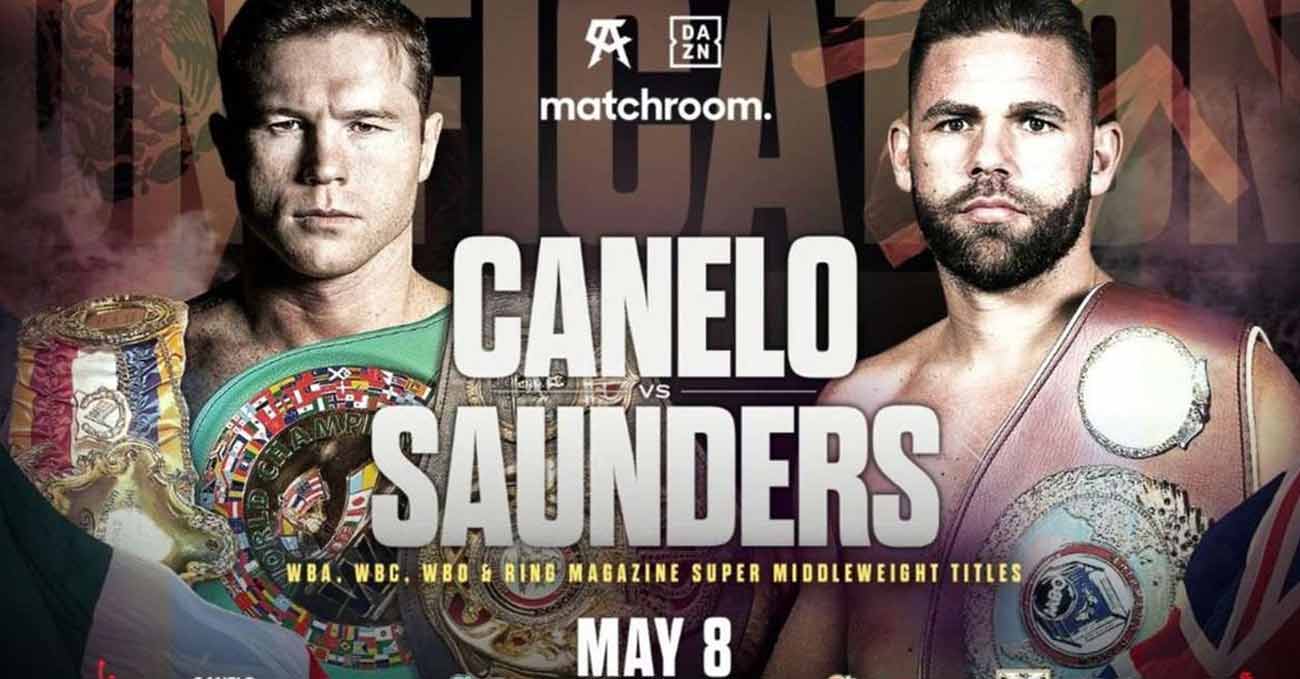 Review by AllTheBestFights.com: 2021-05-08, good boxing fight: Saul Alvarez vs Billy Joe Saunders gets three stars (take a look at our ranking of the Best Boxing Fights of 2021).
Saunders vs Canelo is the main event of the evening and it is valid for the WBC, WBA and WBO World super-middleweight titles. Watch the video and rate this fight!

The world champion in four different weight classes Saul Alvarez entered this fight with a professional boxing record of 55-1-2 (37 knockouts) and he is ranked as the No.1 super middleweight in the world.
Canelo suffered his only loss when he faced Floyd Mayweather Jr in 2013 (via majority decision, Mayweather vs Alvarez), since then he has collected 13 victories and one draw, beating Callum Smith (Saul Canelo Alvarez vs Callum Smith) and Avni Yildirim in his last two (Saul Canelo Alvarez vs Avni Yildirim).
If you want to watch Canelo’s best fights, here are the ones rated with 4 or 5 stars:

Selection of the best videos about the fight Saul Canelo Alvarez vs Billy Joe Saunders. If you have seen the full fight you can rate it at the bottom of this post.