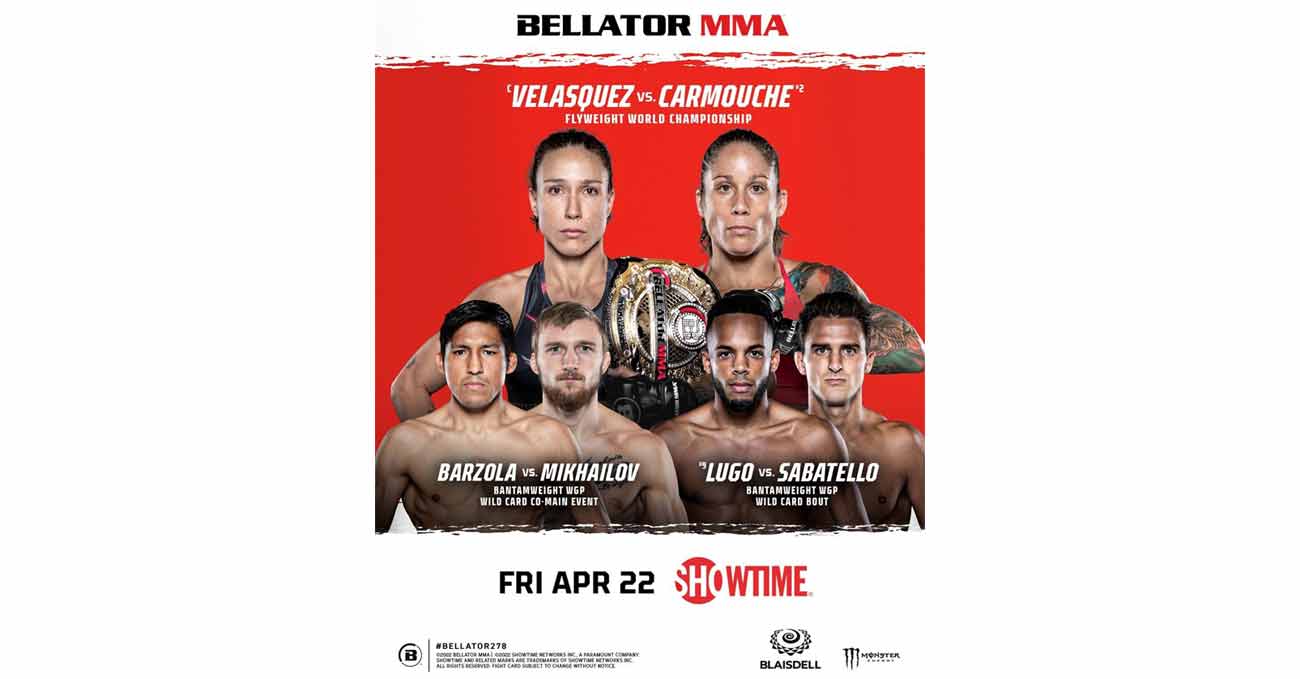 Review by AllTheBestFights.com: 2022-04-22, pretty good finish but the rest of the match was not so exciting: the mma fight Juliana Velasquez vs Liz Carmouche gets two stars (take a look at our ranking of the Best Mma Fights of 2022).
Carmouche vs Velasquez is the main event of Bellator 278 and it is valid for the Bellator MMA women’s flyweight title. Watch the video and rate this fight!